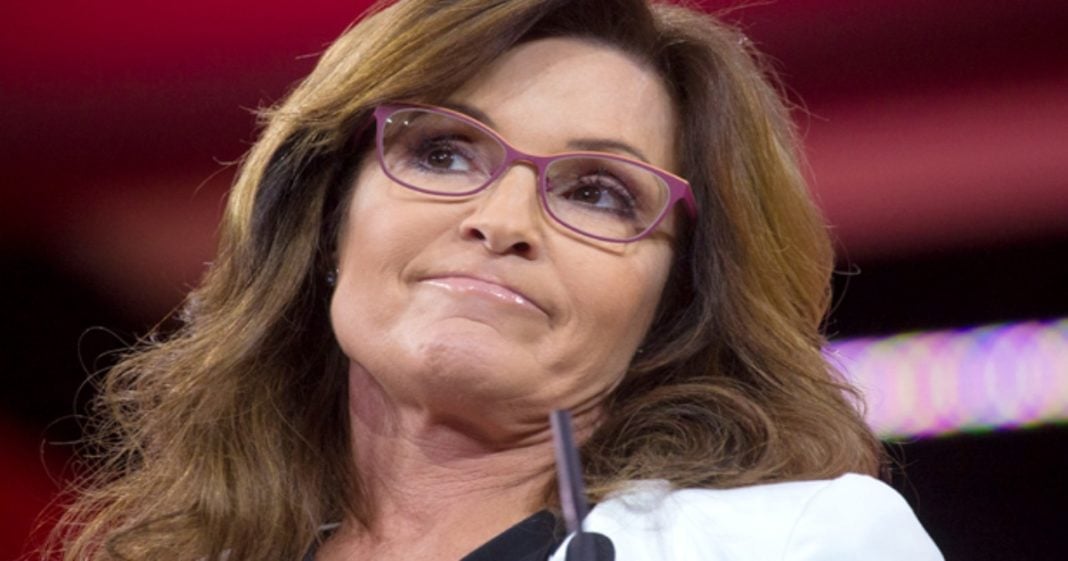 We’ve all thought that failed Governor Sarah Palin was hardly smarter than a fifth grader, but it turns out that we were insulting fifth graders when we made that assertion.

During a debate and q and a session between Palin and Democratic political commentator James Carville, an oh-so-adorable 10 year old boy was ushered on stage after he told Palin that she was much prettier than Tina Fey.

With that gentle setup, it was no doubt expected that the kid would lob an adorable softball question at the former governor, but it turns out that the kid had just constructed a clever ambush instead.

Once onstage, with cameras pointed his way, the kid dropped the act and lobbed a question at Palin she wasn’t ready for:

“You said you hate countries that don’t give women rights,”The boy began.

Palin interrupted, saying that she didn’t think she ever said she hated any countries.

“Donald Trump said to Megyn Kelly, ‘You’ve got blood coming out of your wherever.’ How can you endorse someone who said something sexist like that?”

Palin sputtered a bit and offered a complete non-answer to which the boy was certainly not satisfied.

When asked by an LATimes reporter upon exit what he thought of Palin’s response, the boy said,

“She didn’t even answer my question. I am not happy with Gov. Palin right now.”

Ahh, and the hatred for Palin continues to another generation. It’s the circle of life.