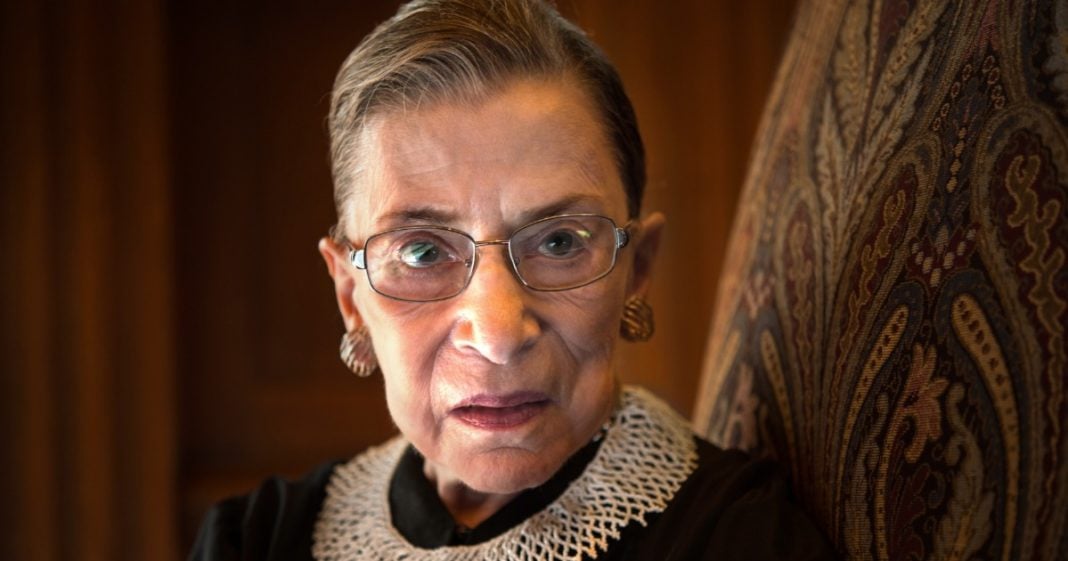 Supreme Court Justice Ruth Bader Ginsburg, one of three women currently serving on the high court issued a statement on Monday in response to the court’s ruling on unconstitutional abortion restrictions in Texas.

Offering up her own official response alongside the 5-3 ruling which struck down Whole Woman’s Health v. Hellerstedt, Ginsburg made a strong argument for any future rulings on the topic as well.

“So long as this Court adheres to Roe v. Wade and Planned Parenthood of Southeastern Pa. v. Case. Targeted Regulation of Abortion Providers laws like H.B. 2 that ‘do little or nothing for health, but rather strew impediments to abortion,’ cannot survive judicial inspection.”

With this brief comment, Ginsburg has made it clear that she would never tolerate sneaky legislation which seeks to restrict abortion by offering up unrealistic and nefarious regulations.

In cases like these, it becomes more important than ever that we remember just how vital it is that we have fair representation on the Supreme Court as rulings like this have the ability to save the lives of women everywhere.