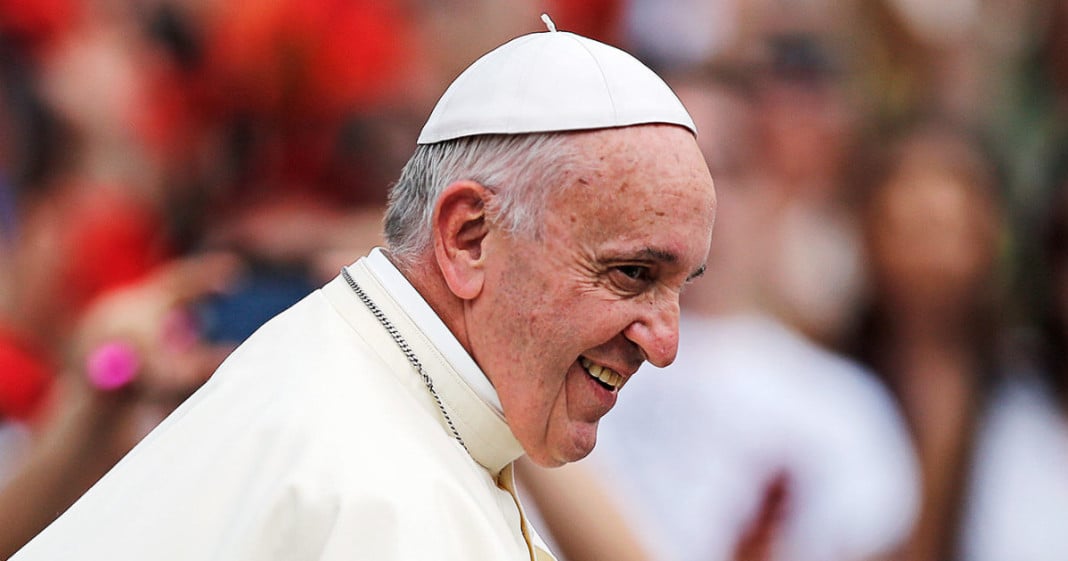 Pope Francis hasn’t pulled any punches during his time as leader of the Catholic church, and his latest comments are no exception.

The pope said this week that Christians who have persecuted gay individuals based on their sexuality should apologize – and more than once.

In a break from the common view that LGBT individuals are the sinners, the Pope said that Christians who have marginalized this group are the ones doing the sinning for which they must repent.

“I believe that the church not only must say its sorry … to this person that is gay that it has offended, but it must say it’ sorry to the poor, also, to mistreated women, to children forced to work. When I say the church: Christians. The church is healthy. We are the sinners.”

Francis was given room to walk back his statement, but when asked to clarify, he only doubled down.

“I will repeat the same thing I said on the first trip. I will also repeat what the Catechism of the Catholic Church says: that [gay people] should not be discriminated against, that they have to be respected, pastorally accompanied. The matter is a person that has that condition [and] that has good will because they search for God. Who are we to judge them?”

The pope’s comments come as the U.S. celebrates the end of LGBT Pride month, as well as noting the one year anniversary of marriage equality.

This statement and others like it that we have heard from the Pope are wholly unprecedented. We can only marvel at the massive steps forward the church is taking, and hope that they will continue to move forward in this way.