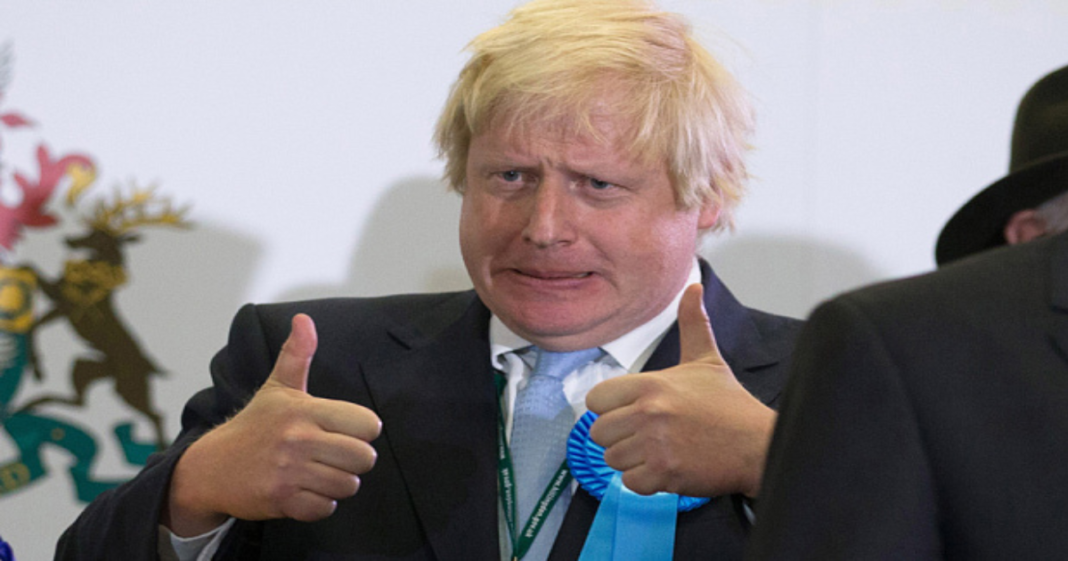 Boris “BoJo” Johnson, American-born, British politician, is favored to be the next prime minister, once current Prime Minister David Cameron vacates office in October. This speculation comes in the wake of the recent vote by the British people to leave the European Union.

Johnson was one of the driving forces behind what the British media has dubbed the “Vote Leave Campaign.” But what are his chances? And should he become the UK’s PM, what will this mean?

Boris Johnson is often compared to Donald Trump, and for good reason. Like Trump, Johnson is an outspoken, egotistical bombast, suffering from a perpetual “bad hair day,” and who changes his political views as often as his socks.

He has been described as “politically nimble,” though Sonia Purnell, author of Just Boris Johnson: The Irresistible Rise of a Political Celebrity. Purnell writes of his “ideological emptiness beneath the staunch Tory exterior.” In other words, he’s a right-wing populist on the outside, but underneath that conservative façade, he’ll go whichever way the political winds blow. Purnell describes his public image as “Brand Boris,” and that brand image has been carefully cultivated.

In an article appearing in a 2013 issue of Public Policy and Administration Research, political scientist Andrew Crines attributed Johnson’s victory in London’s 2008 mayoral election to a “constructed…character of a likable and trustworthy individual with strong intellectual capital,” developed through numerous television appearances. In a 2008 book, Boris vs. Ken: How Boris Johnson Won London, authors Giles Edwards and Jonathan Isaby point out that “BoJo” carefully cultivates his “semi-shambolic look,” with his shaggy, unkempt hair, rolled-up sleeves, and occasionally comic facial expressions. Crines described Johnson as a “joker,” while BoJo himself says that “humor is a utensil that you can use to sugar the pill and get the point across,” according to Purnell. He’s not above boot licking or using others to get where he wants to go.

Like other journalists and prominent pundits who have followed Johnson’s career, Purnell describes him as “resourceful, cunning and strategic…he can pull off serious political coups when the greater good happens to coincide with his personal advantage.” However, like Trump, “[his] aspirations are rarely backed up by concrete achievements, or even detailed plans.”

A good example is the current “Vote Leave Campaign,” which was driven largely by outrage – but little in the way of pragmatism. The vote was primarily decided on emotion, not pesky facts. Like Trump, Johnson is not terribly concerned with facts – except when they are in line with his own ambitions.

In short, Boris Johnson is the quintessential politician. The foregoing views are borne out by Johnson’s recent and ongoing support for the “Brexit,” despite his record of having been against it. Essentially, he has been studying the political waves, and expects to ride those waves all the way to Number 10 Downing Street.

Not a Done Deal – By a Long Shot

Like Trump, Boris Johnson may be “darling” of the moment for alienated conservative voters, but there is another similarity that threatens his chances at becoming Britain’s next PM. Like Congressional Republicans in the US, many conservative Tories in the British parliament are not supporting their party’s front-runner. Many members of the UK legislature who supported Cameron’s position on the question of EU membership are still reeling from what has been an extremely contentious, even acrimonious campaign (Cameron, leader of the Conservative Party, favored maintaining EU membership – even through he himself introduced the recent referendum). A significant number of MPs are threatening to start a campaign to thwart Boris Johnson’s ambitions. Even his own family doesn’t support his current position on the EU.

There are also many who have not forgotten that as recently as this past February, Boris was a big champion of EU membership. At that time, Johnson went on record saying that a “Brexit” would engage Her Majesty’s government for many years in “a fiddly process of negotiating new arrangements, so diverting energy from the real problems of this country.”

And so it would. Apparently, BoJo has forgotten about that.

Nonetheless, despite the opposition from his own party and some stiff competition for the PM’s office, Boris Johnson has the backing of the majority of UK’s Conservative Party, which will ultimately decide who will occupy No. 10 Downing Street for the next four years.

He’s not necessarily a shoo-in. It is always possible that Britain will be reminded of his record (his performance as mayor of London left much to be desired) as well as his questionable character and his blasé attitude toward growing economic inequality (a social Darwinist, he accepts the gap between the 1% and everyone else as part of the natural order of things, calling it “the only show in town”).

Nonetheless, ordinary working-day Britons, pummeled by a generation of Reagan-Thatcher economic policies, are not so different from the angry working-class white people who support Donald Trump. They’re jumping on the “BoJo” bandwagon for the same reasons. Despite his manifold shortcomings and dubious record, it’s looking like Johnson will be taking up residence on Downing Street, come October.

Whether he will remain there once ensconced is another question entirely.