It appears that Ivanka Trump has taken a page from daddy’s playbook as she is being accused of ripping off a high-end shoe design for her low-end shoe company.

Aquazzura has lodged a lawsuit against Ivanka Trump’s shoe company alleging that their shoe “Wild Thing” was blatantly copied by Trump Shoes. The company is seeking damages as well as a court injunction which would bar Trump shoes from selling the imitation heel. 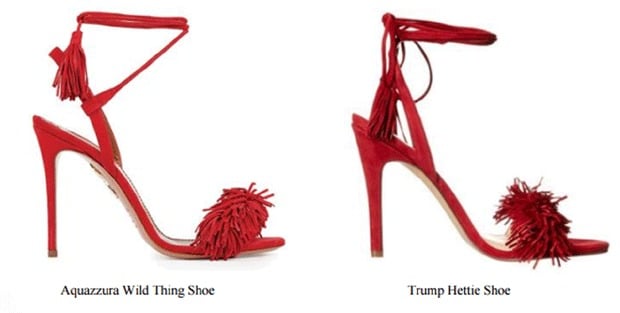 The Aquazzura shoe is sold for a hefty $785 while Ivanka’s shoe is a more reasonable $145. The shoe was well-known and regarded as the season’s “It Shoe,” so having cheap knockoff could be causing considerable loss of revenue for the company.

This isn’t the first time that Ivanka has been accused of stealing shoe designs. In 2012, the same thing happened with Mystique Footwear and two sandal designs.

That’s just reality for a overly rich child of an egomaniac; for the Trumps, the rules just don’t apply.