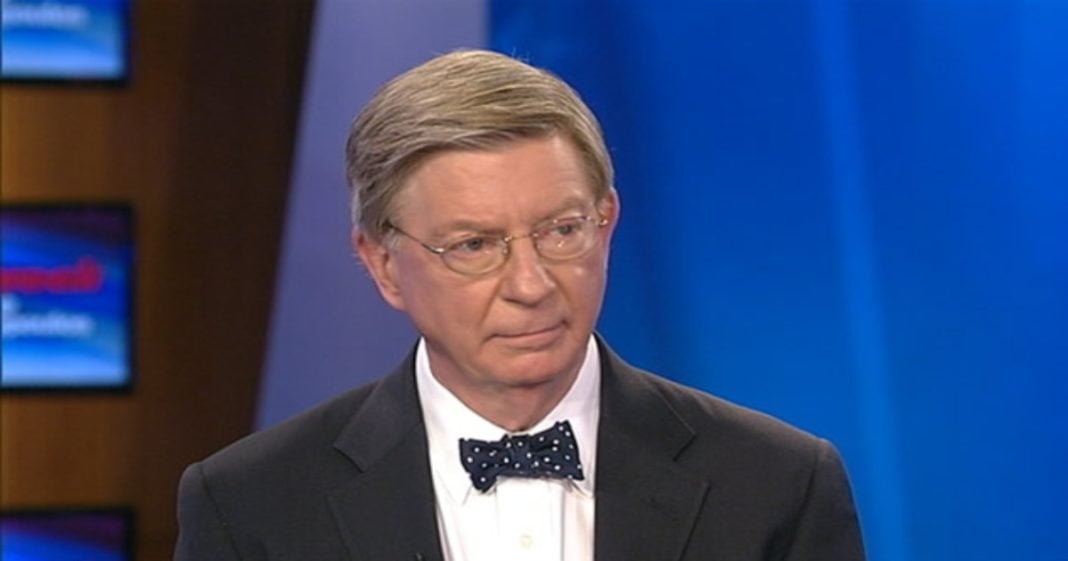 Noted and devoted GOP-er George Will announced this week that he had changed his party affiliation from a life-long Republican to Unaffiliated in his home state of Maryland.

Will is a noted Washington Post columnist and Fox News Contributor who often offers up the usual insane Republican talking-points that make the rest of our heads spin. It appears, though, that Donald Trump’s rise to infamy has been the final straw for Will.

Will blamed his exodus on Donald Trump, but he says his breaking point was when Paul Ryan finally offered his reluctant endorsement of the candidate.

Will was addressing a Federalist Society luncheon in D.C. when he told the crowd, “This is not my party.”

Will, who has been an establishment Republican and consistent GOP commentator, is just the most recent in a growing list of long-time Republicans who are leaving the party over the successful growth of Donald Trump. Those remaining are either too afraid or too morally vacuous to do the same.

But for individuals like Will to throw their hands up and wonder how it all could have gone so wrong is grossly dishonest. Will and others like him have actively contributed to the festering sore that is the GOP and it was from this hateful, wrathful wound that Trump emerged.

Will advised remaining Republicans to actively work to ensure Donald Trump loses in order to save the reputation of the party.

“Make sure he loses. Grit their teeth for four years and win the White House.”

Shortly after Will made his announcement, Donald Trump responded via Twitter (as usual):

George Will, one of the most overrated political pundits (who lost his way long ago), has left the Republican Party.He’s made many bad calls