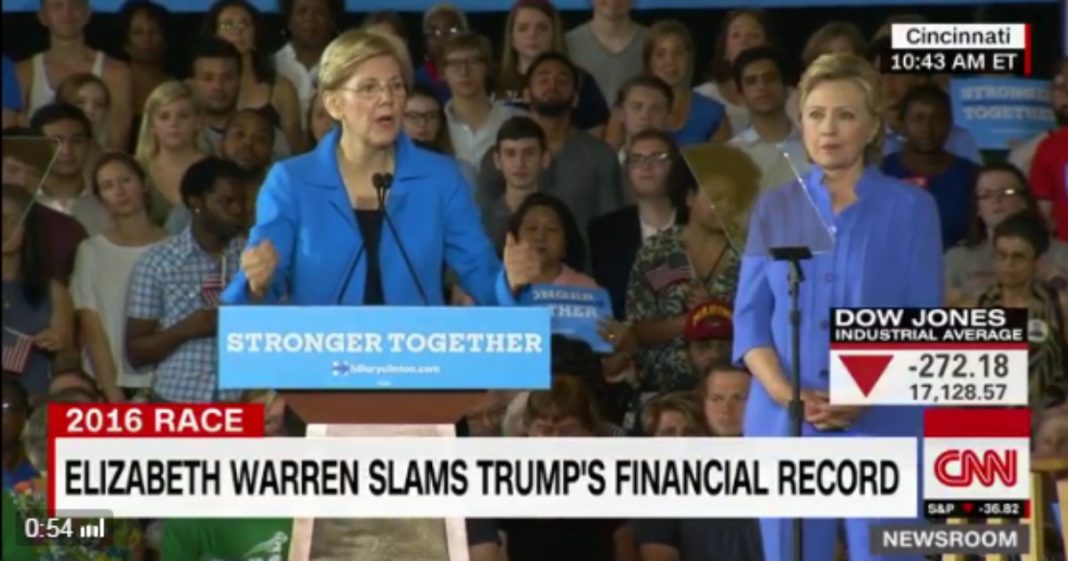 While there is a whole mess of legitimate criticism for Senator Elizabeth Warren and whether she would be politically neutered running alongside Hillary Clinton, it’s hard not to get excited when seeing the firebrand Senator doing her thing with Hillary by her side.

On Monday morning, Warren joined Clinton on the campaign trail amid announcements that she was officially being vetted and considered for the VP spot.

Clinton seemed overjoyed to have Warren standing with her onstage, saying, “I have to say, I just love to see how she gets under Donald Trump’s skin.”

Warren took the large public platform as an opportunity to once again tear Trump limb from limb, calling him a “small, insecure money-grubber who fights for no one but himself.”

We don’t know if we will get Warren as VP or if that’s even really what we want, but boy it sure is good to see.

.@elizabethforma has quite the description for @realDonaldTrump https://t.co/xk6cR6Qltd (Via @CNN)