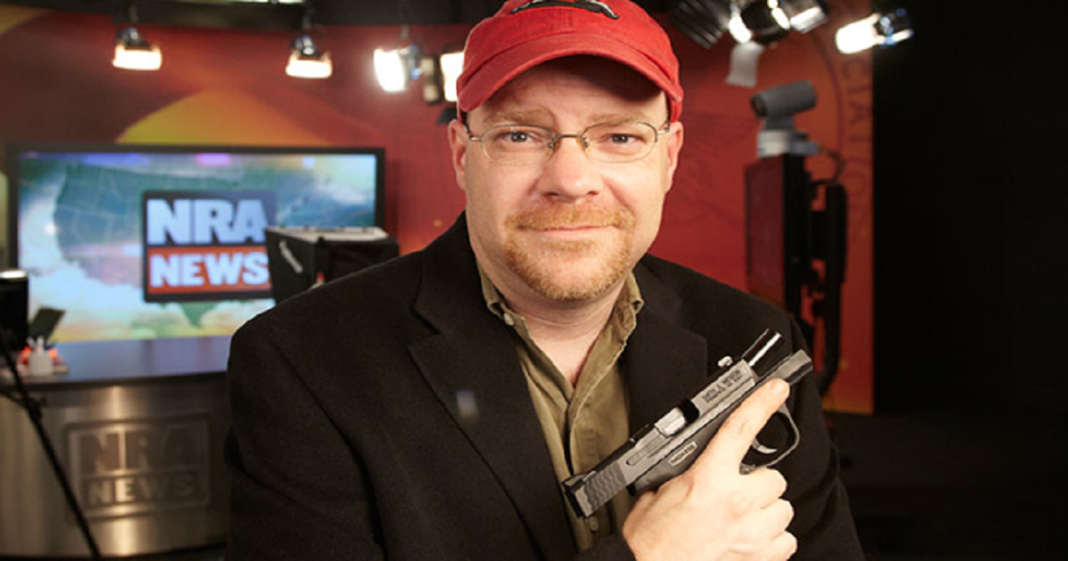 Every now and then, we bring you a media nobody who exists somewhere in the bowels of broadcast spouting their ignorance in relative obscurity. This week, that lucky show is “Cam and Company,” a NRA-sponsored radio show which features bright insights from host Cam Edwards.

This week, Edwards unsurprisingly covered the Democrat House sit-in, and unsurprisingly, he was not too thrilled with the congressional attempt to force a vote on gun control.

Edwards said that the House members broke the governmental rules the same way that criminals and terrorists would break any laws we put into place to try to curb gun violence.

“So in order to push legislation that the sponsors say would not have prevented the attacks in Orlando, Florida, they’re also going to flout the House rules. Kind of like, you know, criminals and terrorists flout the rules that we have in place right now and will continue to do so?”

Apparently, this man thinks that laws and rules shouldn’t exist at all since somewhere, somehow, someone might violate them.

And that element aside, isn’t it so predictable that a crotchety right-winger would compare a peaceful protest to a violent and murderous crime spree – I wonder if he calls Pelosi a dirty hippy too?

But then again, we know the NRA pays their flunky mouthpieces well, so to Edwards, this was just another thou in the bank.