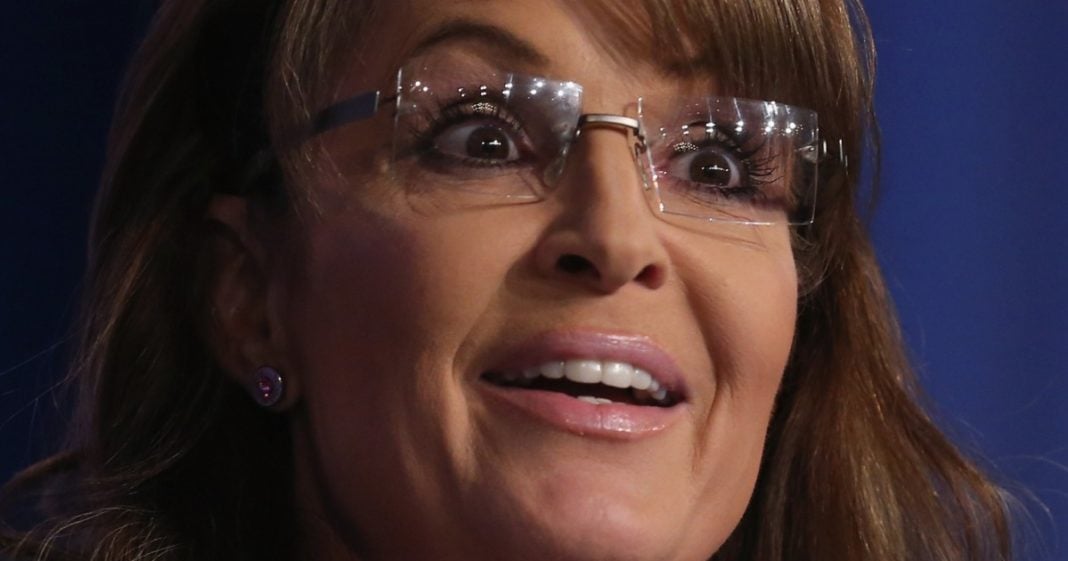 Who could have known that an anti-immigration movement hell-bent on separating one nation’s identity from a more collective entity being led in part by a foppish Trump-impersonator would be just the thing to get Sarah Palin off on another one of her infamous Facebook rants?

Okay, we had a little bit of an idea.

But nothing could have prepared us for just how extreme Palin would go this time, using the Brexit vote to float some conspiracy language that would make Alex Jones weep false-flag flavored tears.

Palin took to her Facebook page on Friday, the only outlet she has these days after her Governorship, VP possibilities, reality show, and pundit contract all went bust.

Palin told her devoted followers alongside a photo of Margaret Thatcher that she was excited about Brexit because it was just another step in the fight against a dark, underground globalist organization intent on uniting the entire world- ugh!

“America can learn an encouraging lesson from this. It is time to dissolve political bands that connect us to agendas not in our best interest. May UN shackles be next on the chopping block.”

Hoo boy, Palin, you sure put your foot in it this time!