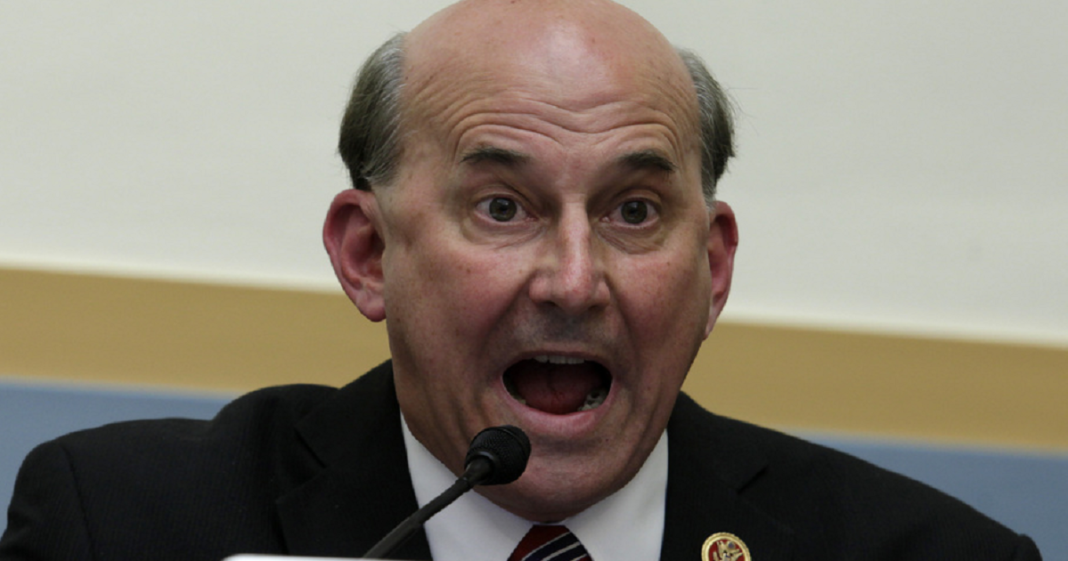 During the Democratic sit-in, most Republicans elected to sit out or leave entirely to avoid the display, but one Republican who wouldn’t let the Democratic display go on unchallenged was Texas representative Louie Gohmert who went on an unhinged rant and nearly caused a fight on the House floor.

The Democratic sit-in was in response to the latest mass shooting and the largest in America’s history in Orlando where 49 individuals were targeted based on their race and sexuality in a horrific hate crime.

The beginning of the organized unrest began when a Democratic house member from Connecticut refused to participate in the moment of silence, saying that being silent was all the government did concerning tragedies like these.

Then, Connecticut senator Chris Murphy lodged a 15 hour filibuster in the Senate to demand a vote on common-sense gun control. The votes were shot down, which led to this most recent action from Democrat elected officials.

The sit-in lasted 25 hours, and though they did not achieve the vote they were lobbying for, the assembled members vowed to return when the chamber came back in session on July 5 to finish what they started.

Gohmert responded to the Democrats’ call for gun reform with wild rantings about “radical Islamic terrorism,” taking no heed of the particularly deadly role of the AR-15-like weapon which was able to murder so many in so little time.