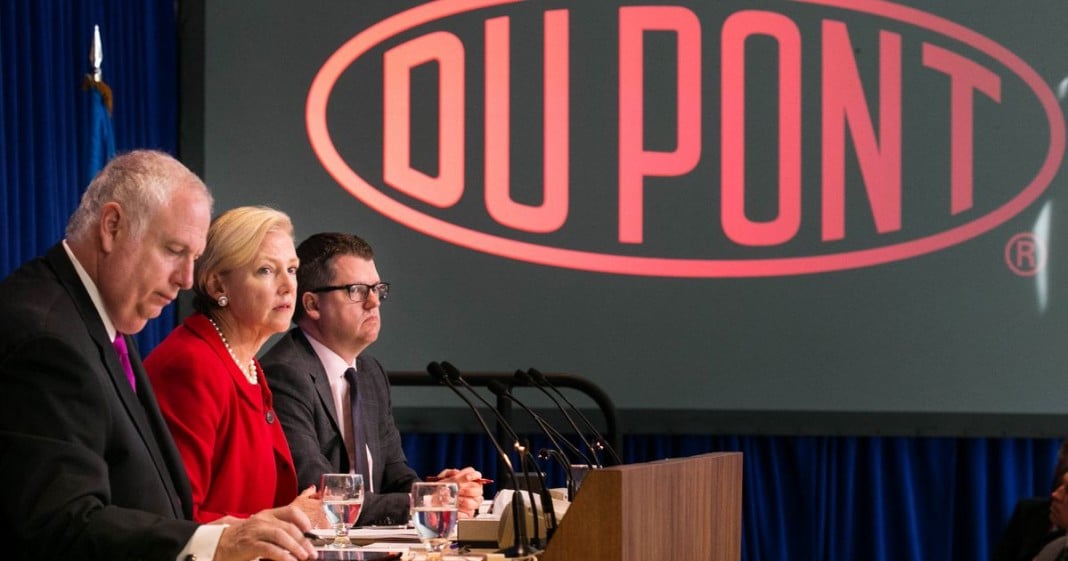 In previous weeks, we have brought you the story from inside a courtroom in Ohio about how corporate chemical giant DuPont is being forced to face up to its crimes.

America’s Lawyer™ Mike Papantonio is leading the fight against the corporate giant, and this week, he engaged in some meaningful cross-examinations of key DuPont employees to find out just how much they knew about the deadly effects of C-8 on the community surrounding the Ohio plant.

For those unfamiliar with C-8, here is a quick summary:

The result, if proven, was that men like the plaintiff in this case were diagnosed with cancer due to their exposure. Studies show that C-8 can cause cancer as well as IBD and ulcerative colitis.

As a result of the trial, countless documents have now been made public that help paint a clear picture of what DuPont knew about the dangers of the chemicals that they were dumping into the Ohio River Valley (millions of pounds of the chemical were dumped in this region.) The documents prove that not only did DuPont know that they were poisoning entire towns, but also that they showed a callous disregard for human health and safety.

This week, Mr. Papantonio cross-examined a doctor who had a leading role in observing the effects of C-8 for DuPont. Dr. Playtis testified that the company failed to have a concrete system for testing water or individuals and that there was large inconsistencies between treatement and testing of employees versus members of the community who were exposed to the chemicals over a greater period of time.

Despite having documentation which showed that they had been blood testing employees for decades, Dr. Playtis maintained that he felt no need to blood test residents who were exposed to C8 and in fact that early blood tests were considered unreliable. Mr. Papantonio sought to expose that inconsistency.

The one thing that this trial is making more than clear is that the people steering the ship at DuPont during the decades when they were exposing millions to the biopersistent C-8 were far too unconcerned for the well-being of local residents. As long as they accomplished their goals with the lowest price tag, the rest could go by the wayside.

This trial is ongoing, but hopefully justice will soon be served and DuPont will be forced to pay up for their decades-long crimes.