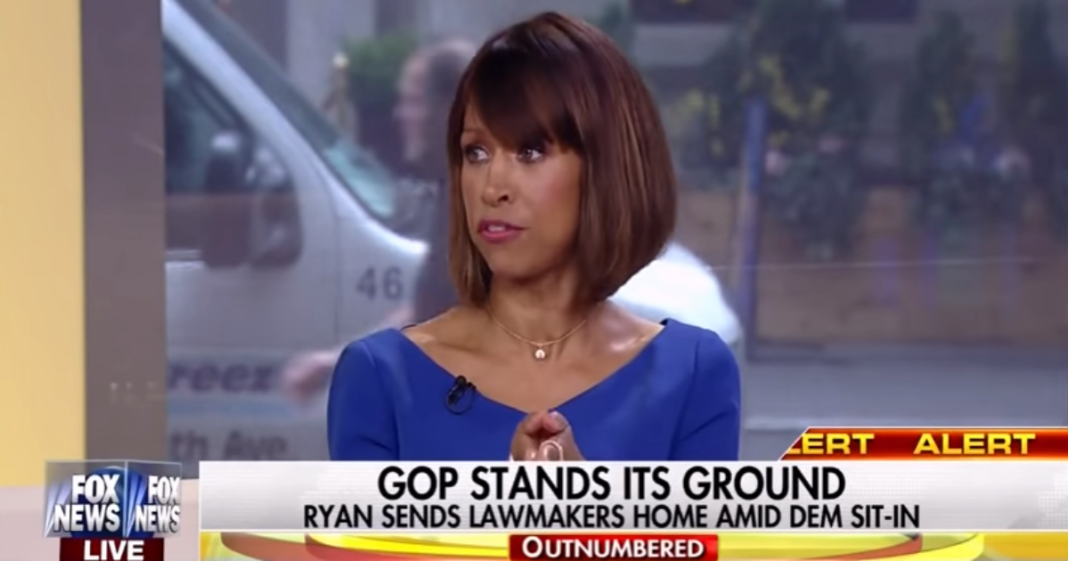 Dash was simply appalled by the display and said it was basically the most horrifying thing she’s ever faced.

Dash said that she agreed with Speaker Ryan who had called the sit-in a “publicity stunt.”

“That’s all it is. It’s so uncivilized. I’ve never seen anything so uncivilized in my life. And in the House chamber, I mean, to behave that way.”

Dash used the old stand-by of ignoring the actual substance of the laws being proposed and turning blind with rage with the words “gun control” are brought up at all.

“And these are the people that are supposed to be representing, fighting for you. But this is our Second Amendment. They want to put more laws — and they think that’s going to stop bad people? No, that’s just going to stop good people from being able to defend themselves.”

The vote that the Democrats were sitting-in for concerned blocking individuals on the No-Fly list from legally purchasing guns, a basic gun rule which theoretically would have little effect on “good people” with guns.