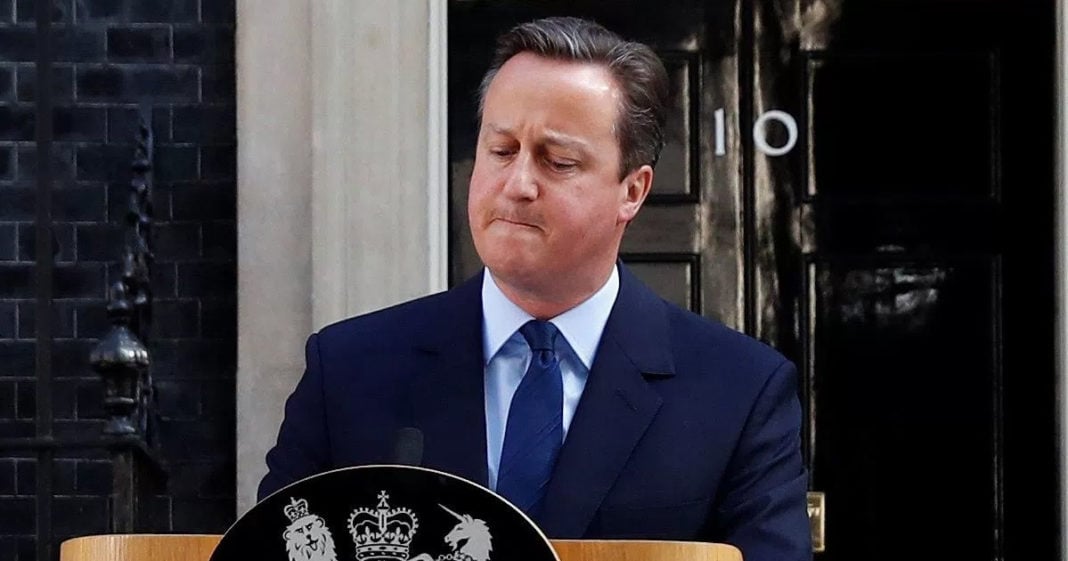 British Prime Minster David Cameron announced on Friday after the UK voted to remove itself from the European union that he would be stepping down as Prime Minster in order to give more like-minded leadership a chance to carry out the will of the people.

Throughout the Brexit controversy, Cameron was an unwavering presence in the “Remain” camp, believing that the UK was much better off remaining in the alliance.

Cameron made it clear that his resignation was not out of spite or sore losership, but rather a belief that he was not best prepared to carry out the decision which he is fundamentally opposed to.

“I am very proud and very honored to have been Prime Minister for six years . . .

I was absolutely clear about my belief that Britain is stronger, safer, and better off inside the European Union. And I made clear the referendum was about this, and this alone. Not the future of any single politician, including myself.

But the British people have made a very clear decision to take a different path, and as such, I think the country requires fresh leadership to take it in this new direction.

I will do everything I can as Prime Minster to steady the ship over the coming weeks and months, but I do not think it would be right for me to be the captain that steers our country to its next decision.”