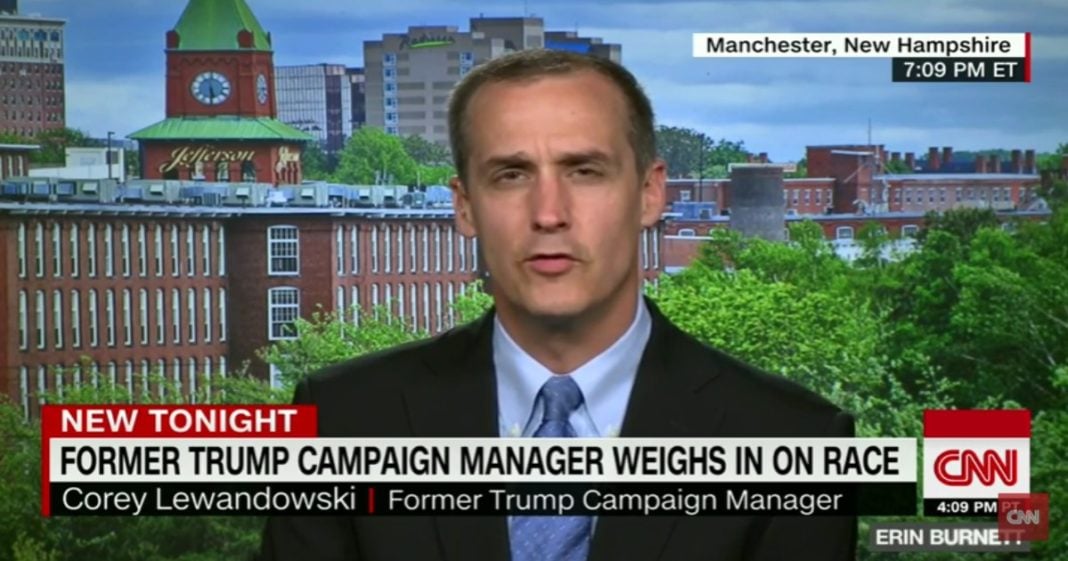 We all knew that CNN‘s hiring of fired Trump campaign manager Corey Lewandowski wouldn’t go well, but none of us could have predicted just how quickly the grab-happy pundit would screw things up.

Just a day after the announcement was made about Corey’s latest employment opportunity, the man who is infamous for assaulting a female Breitbart reporter made his debut on CNN to much disappointment.

After the news was announced about the new partnership, many people raised questions about whether or not Lewandowski could do an adequate job as a political contributor considering that he had previously claimed he signed a nondisclosure form for the Trump campaign.

How was he to serve as a fair pundit if he was contractually obligated to not say anything negative about the Republican nominee?

Lewandowski confirmed that he did have an active confidentiality agreement with the campaign and that he did not plan on ever breaching it. Despite this confidence, Lewandowski promises that he will “tell it like it is,” – as long as that doesn’t involve saying anything that might be at odds with the Trump image.

So there you have it, courtesy of CNN, the latest Trump devotee arriving on your televisions nightly to share his totally unbaised yet contractually obligated opinion.