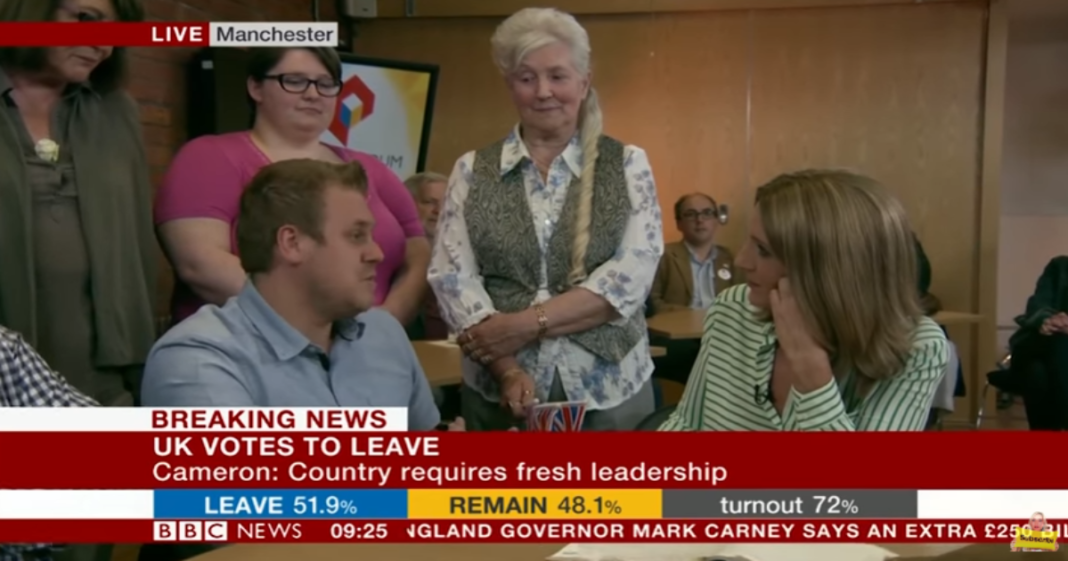 America has a lot to learn from the UK’s Brexit vote, namely that if we aren’t extremely vigilant, the angry minority and the apathetic many will give us Donald Trump for president in 2017.

Don’t believe me? Take a look at this idiotic UK voter who threw his vote away on a measure he didn’t believe in (and probably didn’t know a damn thing about) because he figured his vote wouldn’t really matter.

The British voter appeared on the BBC to discuss his vote and the overall results of the Brexit. Identified only as “Adam,” the clueless Brit said that he was shocked and afraid for getting the result he voted for.

“I’m a bit shocked to be honest,” Adam said. “I’m shocked that we actually have voted to leave, I didn’t think that was going to happen.”

“My vote, I didn’t think was going to matter too much because I thought we were just going to remain, and the David Cameron resignation has blown me away, to be honest. I think the period of uncertainty that we’re going to have for the next couple of months, that’s just been magnified now — so yeah, quite worried.”

So to apathetic voters everywhere in November:

YOUR VOTE MATTERS, YOUR VOICE COUNTS.