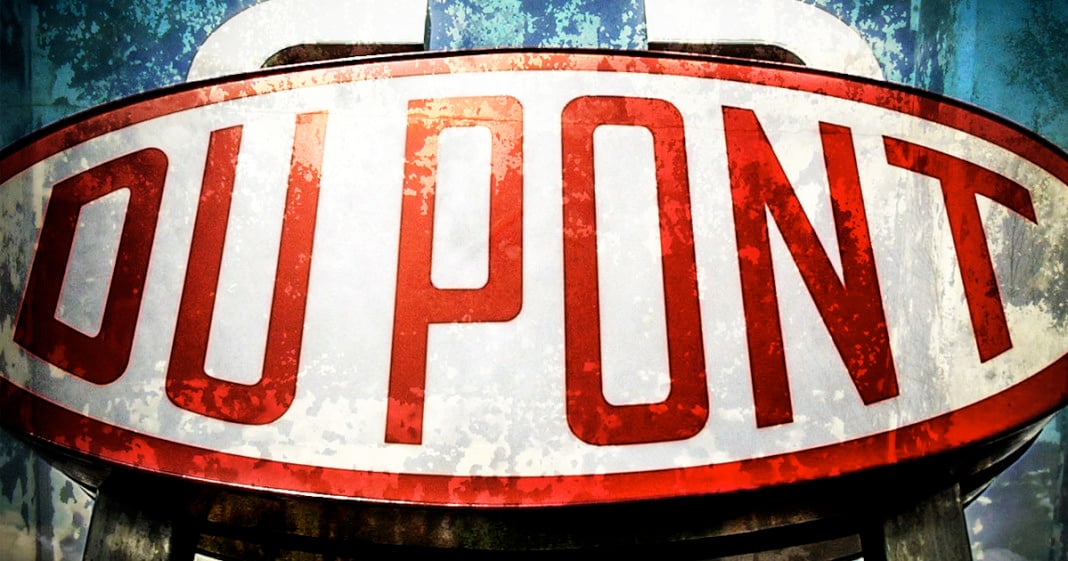 Corporate heavyweight DuPont is back in court right now, defending their decision to poison entire communities along the Ohio River by releasing a toxic chemical known as C8 into the river. C8 is a chemical that is used in the manufacturing of the company’s blockbuster product Teflon.

The case alleges that DuPont officials were intimately aware of the dangerous side effects of C-8 exposure but still decided to allow exposure among workers and by releasing the chemical into the environment.

Once the chemicals were dumped into the Ohio River, they seeped into the water supplies of nearby communities, resulting in thousands of people being exposed to dangerous levels of C8. Complicating the exposure problem is the fact that C8 is biopersistent, meaning that it does not break down in the body or in the environment, and instead continues to build as exposure increases.

The case currently before the court is being handled by Mike Papantonio, the co-host of Ring of Fire. This is the second trial that Papantonio has handled in the last year, with the first resulting in a jury award of $1.6 million for a woman who developed a cancerous tumor on her kidneys. In that case, the jury found that DuPont acted negligently, but not with malice.

But the “malice” argument might be easier to prove now that a slew of documents have been unsealed from the ongoing trial. The documents show that DuPont was well aware of the dangers of C8 dating all the way back to 1961, and in many instances, their own environmental lawyers privately questioned the company’s decision to pretend that a problem didn’t exist.