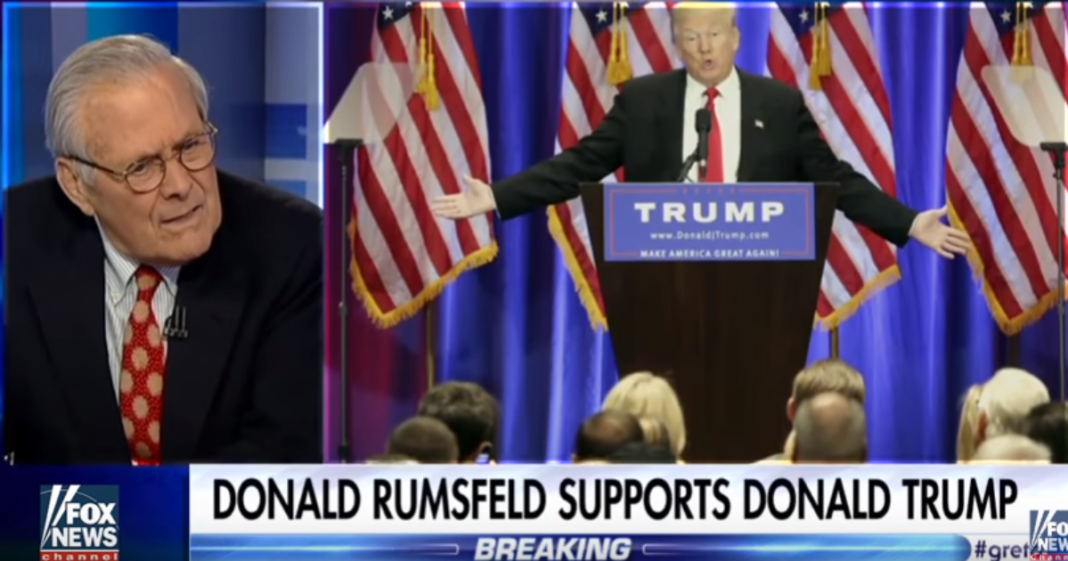 Secretary of Defense horror story Donald Rumsfeld apparently believes that all Donalds should stick together as he announced on Wednesday that he wholeheartedly supports Donald J. Trump for president.

Rumsfeld sat down with “reporter” Greta Van Sustren and explained that Trump was the guy for him.

Van Sustren asked a follow-up question that didn’t really exist until Donald Trump, which was wondering if Rumsfeld is endorsing or merely voting for Trump. For the first time in this election, there have been many Republican leaders and lawmakers who have said they will vote for – but not endorse – Trump.

Rumsfeld said that he wasn’t sure there was a difference but that, in fact, it wasn’t an endorsement after all.