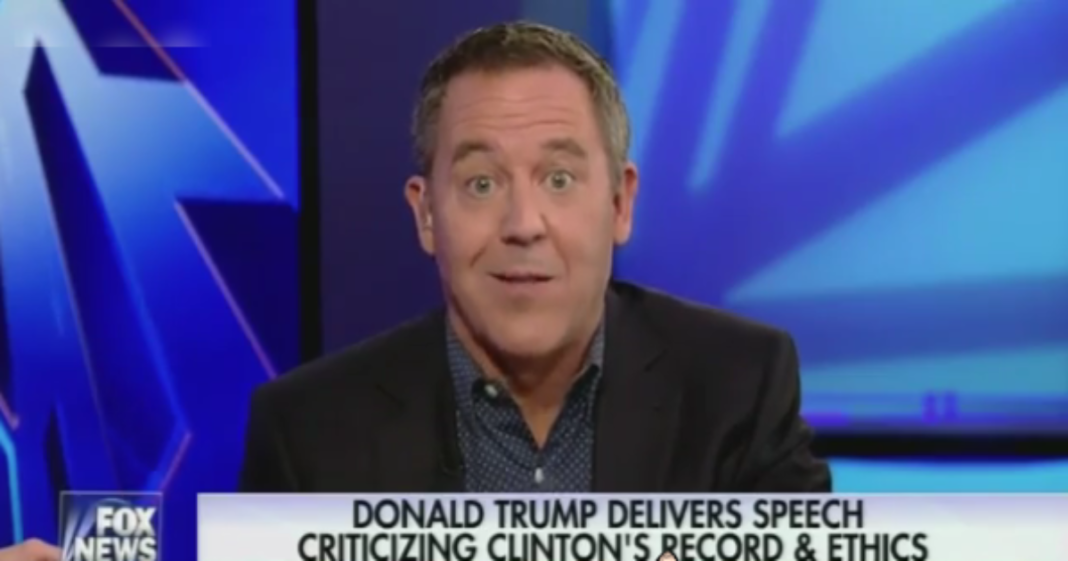 It’s pretty heartbreaking the level of depravity which Fox News and the GOP will lower themselves to in order to delude their broken little hearts into supporting Donald Trump.

Fox pundit Greg Gutfeld is so deep in Trump camp that he completely lost his sh*t when faced with a pre-scripted Trump speech which attacked Hillary Clinton and abused her unofficial campaign slogan to try and wrest support from Sanders voters into his camp.

“The speech just wasn’t a vehicle, it was a dump truck unloading steaming, wet garbage on Hillary’s head. The only things he didn’t blame her for was Zoolander 2, man buns and coconut water.”

Gutfeld was ecstatic about the actual trash political discourse has become at the helm of Trump. The Republican nominee is nothing like former nominee Mitt Romney, and that’s why he’s a big, big winner!