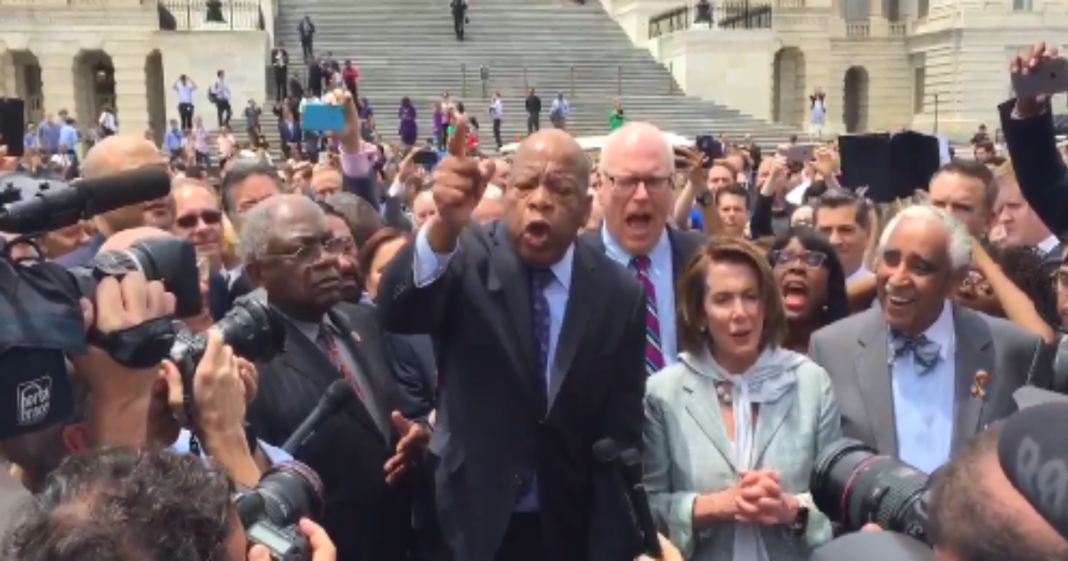 On Thursday afternoon, 25 hours after the Democratic sit-in began in the House to force gun control reform, the assembled Democrats left the floor and vowed to keep fighting.

The end of the sit-in was likely caused by Speaker Paul Ryan putting the House into recess until July 5 as scheduled, though Dems were hoping that the sit-in would mean that the recess wouldn’t occur due to their efforts.

Now, the Democrats are planning to return on July 5th, and if necessary, they are prepared to sit back down on the House floor to continue the fight.

One of the leaders of the sit-in Rep. John Lewis addressed reporters and crowds on the hill:

“On July 5th, we’re gonna continue the push, the pull, the stand-up, and if necessary, the sit-down. So don’t give up! Don’t give in! Keep the faith, and keep your eyes on the prize.”

This is not over. We have more work to do. Keep the faith and keep your eyes on the prize. #goodtrouble pic.twitter.com/foDbRgoUnO