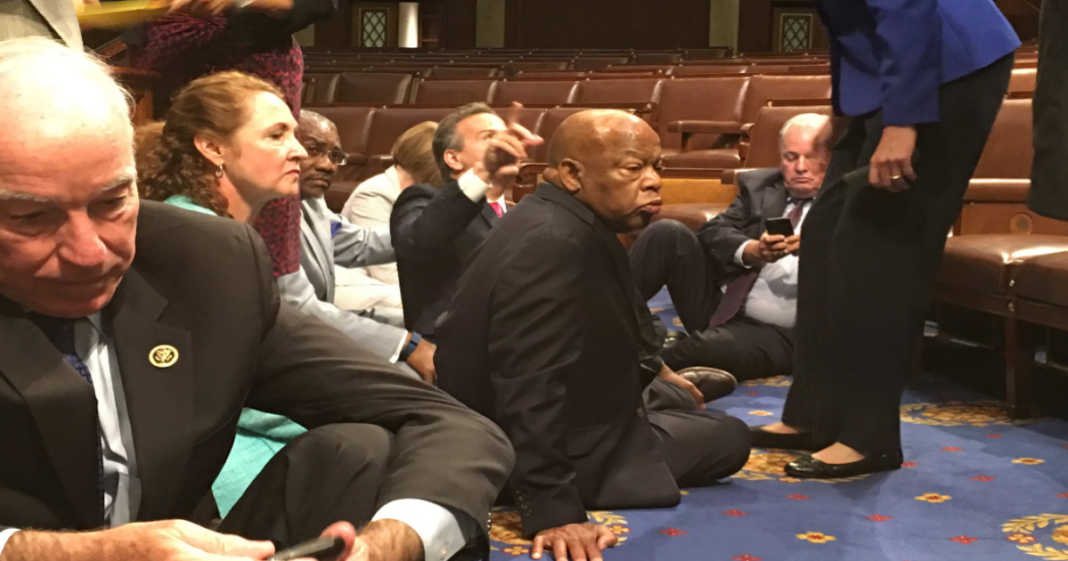 The Senate may have passed on voting for real gun legislation after a 15-hour filibuster led by Senator Chris Murphy, but Democrats in the House have not given up.

On Wednesday morning, House Democrats hosted a sit-in, literally sitting on the House floor and forcing the house into a recess.

The goal of the assembled Democrats first and foremost is to force a vote on the terrorist watchlist loophole – while the initiative is less than ideal, the main focus is forcing any vote on gun control at all in order to take back some small iota of power from the NRA and its influence.

Among the lawmakers sitting on the floor is Rep. John Lewis, noted civil rights advocate.

The sit-in is being called #NoVoteNoBreak, a threat to the members of the House that if a vote isn’t held on the gun control measure, the House cannot take its scheduled break.

A statement was issued on the sit-in which called on Republicans to allow a vote to be held.

“After the worst mass shooting in modern history, it’s time for Speaker Ryan to bring a bill to the Floor.  House Democrats will continue to demand: no bill, no break.”

This is a developing story and we can expect a lot more to happen before this is over, but it is important that regular American citizens are aware of the extremes Democratic lawmakers are going through in order to force action, any action at all, in response to the largest mass-shooting in American history.

We applaud the actions of House Democrats and are anxiously watching this developing story.