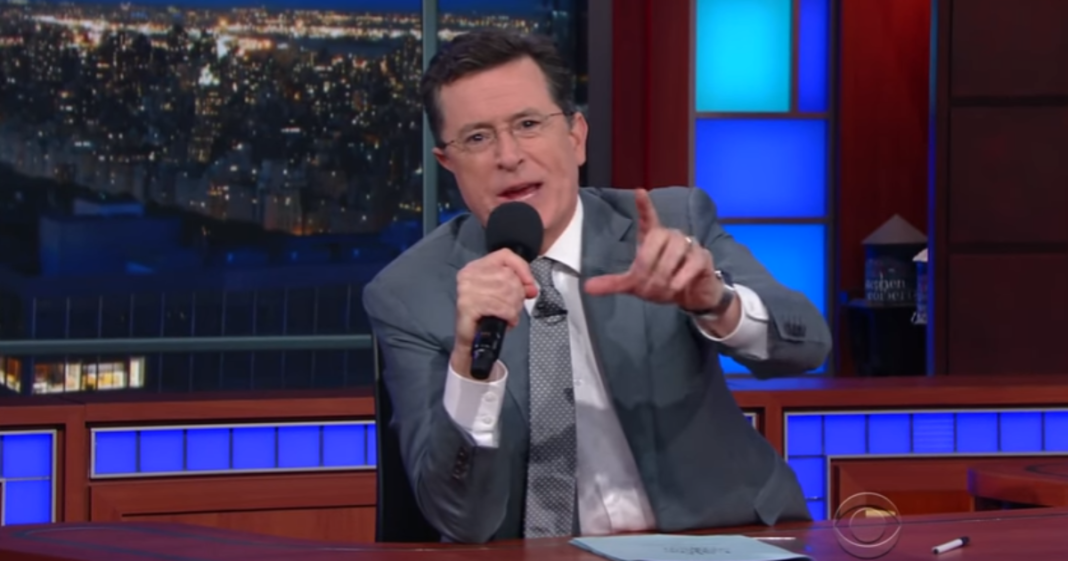 While we may struggle to express our outrage on the failure of the Senate to move forward on any gun control measures, we can always turn to late-night political television in order to vent our frustrations. In typical fashion, Stephen Colbert summed it up for us all in one genius roasting of the feckless Senate and the NRA overlords which control it.

“We all have jobs to do. I’m doing my job right now and I’ve got these cameras here to prove it. After the attacks in Orlando, I thought, maybe the government might do their job and pass any kind of law. Even a fig leaf to justify their existence.”

The host of the “Late Show” didn’t pull any punches as he expressed his frustration through humor.

“Hey, Senate, I’ve seen bugs trapped in amber move faster than you! You guys think the terrorist watch list is when you put ‘Homeland’ on your Netflix que. You might as well ask the gun lobby to check for a hernia as long as they’ve got your balls in their hands. Senate, you couldn’t pass a bill if it was coated in Ex-Lax. But if you ever did pass a bill it would say, ‘Be it resolved, no kissing and the NRA should just leave the money on the dresser.”