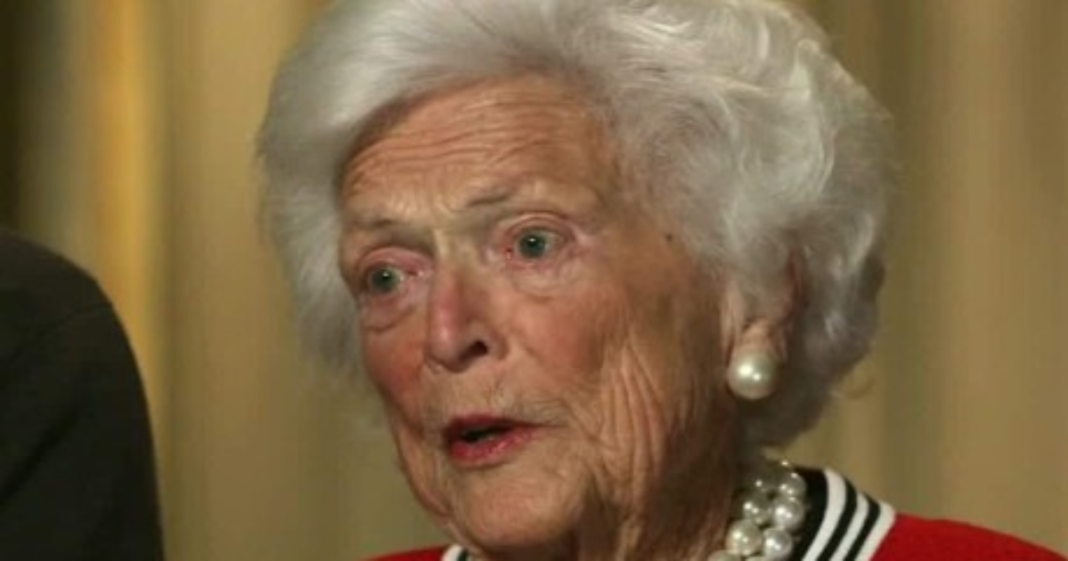 During a rare interview, former First Lady Barbara Bush sat down with son Jeb Bush to speak with CBS This Morning about the current state of politics, touching particularly on the Republican nominee Donald Trump.

Mrs. Bush said that Trump was like a “comedian or something,” and expressed outrage at the comments he has made about women in particular.

“What about women? I don’t know how women could vote for someone who said what he said about Megyn Kelly. It’s terrible! And we knew what he meant too.”

Mrs. Bush was no doubt referring to comments Trump made last fall about Megyn Kelly insinuating that her menstrual cycle was affecting the way she treated him at the first Republican debate.

Mrs. Bush offered up a warning to anchor Norah O’Donnell:

“Don’t you get in his firing line.”