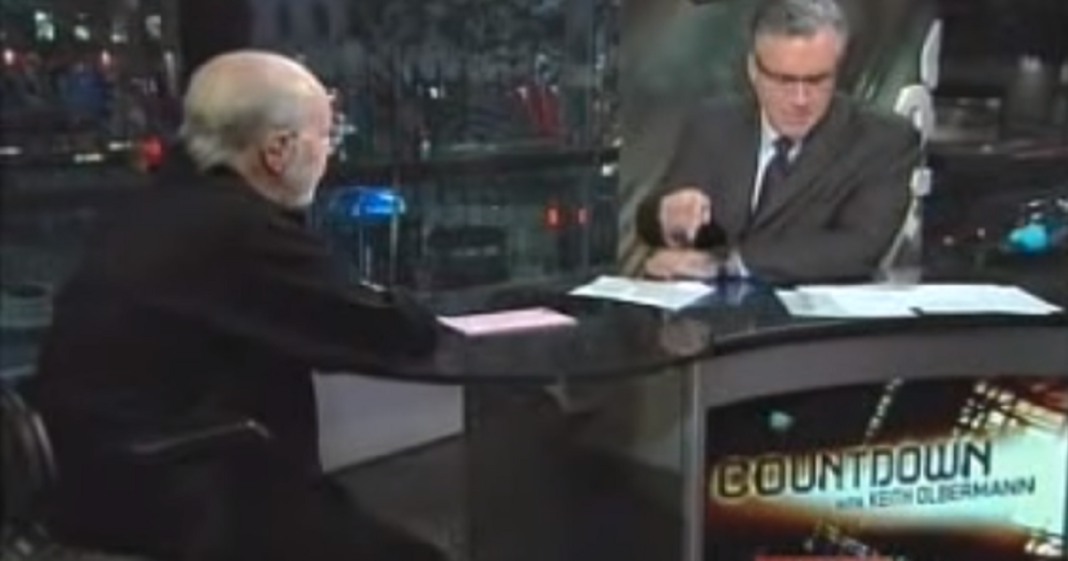 In October of 2007, political firebrand Keith Olbermann and comedian George Carlin sat down to discuss politics, and even get into a bit of predictions for future elections.

Olbermann posed the question to the comedic genius about whether or not America could ever elect a “satirical president.”

Olbermann continued, “a satirical president – a guy who really has no intention of – he’s doing it as a sales tool for something else?”

Carlin responded that in many ways, George Bush was this character already and he had been elected by the people not once, but twice!

Now in 2016, what was once a half-joke has become true in the darkest sense possible. Carlin is no longer here to see it happen or give us expert comedic insight into how to handle our hateful demagogue, and Olbermann sticks to the fringes of media, trading barbs with Trump but offering little in the way of comfort or direction.

We are on our own, and it’s of little comfort now to see that these two intelligent men had seen the writing on the wall.

The clip begins around the 3 minute mark of the YouTube video.