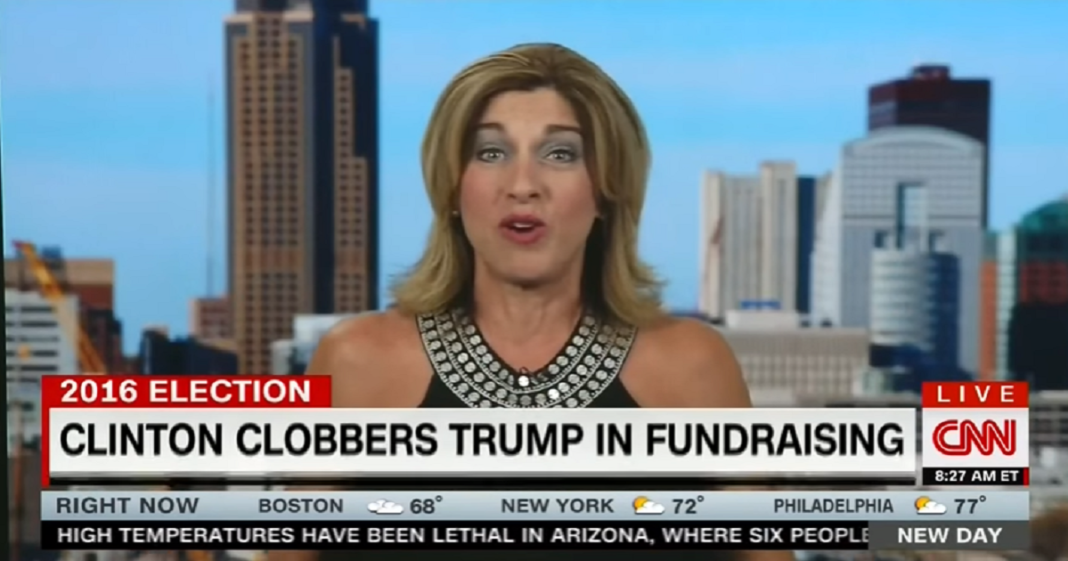 During an interview on Tuesday morning, Trump senior adviser Tana Goetz went a bit robotic when she lapsed into repeating the same defensive lines about Trump over and over again in a desperate plea to convince voters that this Trump money scandal is nothing at all to be concerned with.

“Money is not a problem,” Goetz said while less than $2 million sat in Trump campaign coffers.

“We are winning our side. Mr. Trump is a billionaire. Money is not a problem for our campaign. So, that’s not even on my radar as that’s a problem. Mr. Trump has a lean, mean — we’re a great machine.”

When she’s not shilling for Trump, Goetz is a spokesperson for the bedazzler, but no matter how much sparkle she tried to put on this spin, the voters are not likely to buy it.

“Money is not a problem for Donald Trump.”