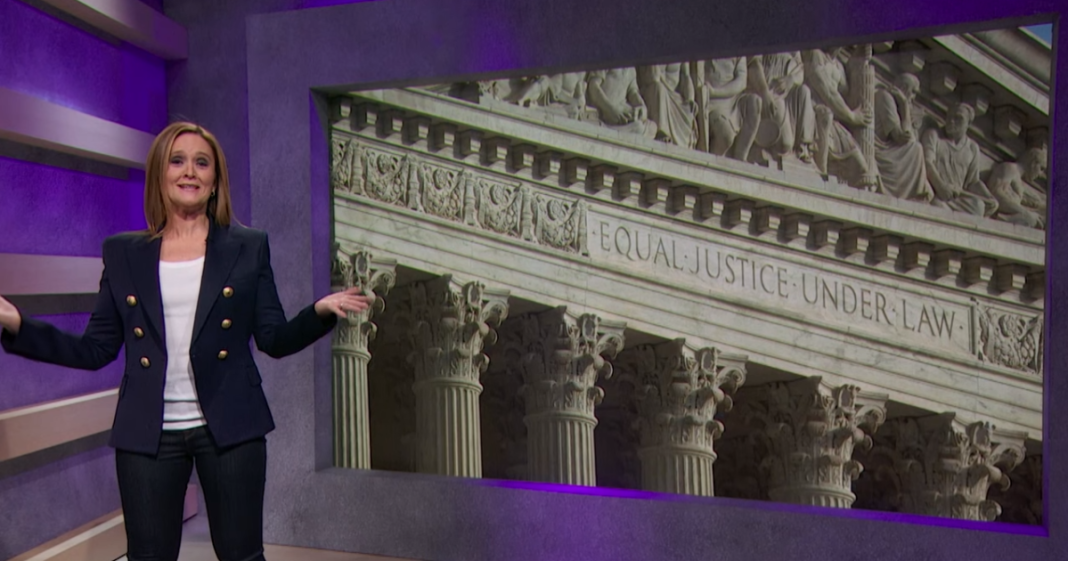 In the wake of the Orlando shooting, as Senate Democrats lobbied hard to push for a vote on common-sense gun control measures, the infamous National Rifle Association was working behind the scenes, reaching out to Senate Republicans with a long history of donations from the NRA to remind them – we own you.

Which is why, though Connecticut Senator Murphy spent 15 hours in a filibuster to demand gun reform, and though both minority and majority leaders agreed to hold a vote on those measures, the common-sense controls were struck down.

Full Frontal’s Samantha Bee once again gives an excellent summary of the situation and vents the frustration many of us feel at the fact that nothing can be accomplished without the full support of the fascist NRA.

“I can’t imagine that a leader of the Senate majority would admit to being a puppet of the NRA in a televised interview. Yet here you are with crazy Wayne [LaPierre’s] fist so far up your party’s ass he can throw his talking points out your mouths.”