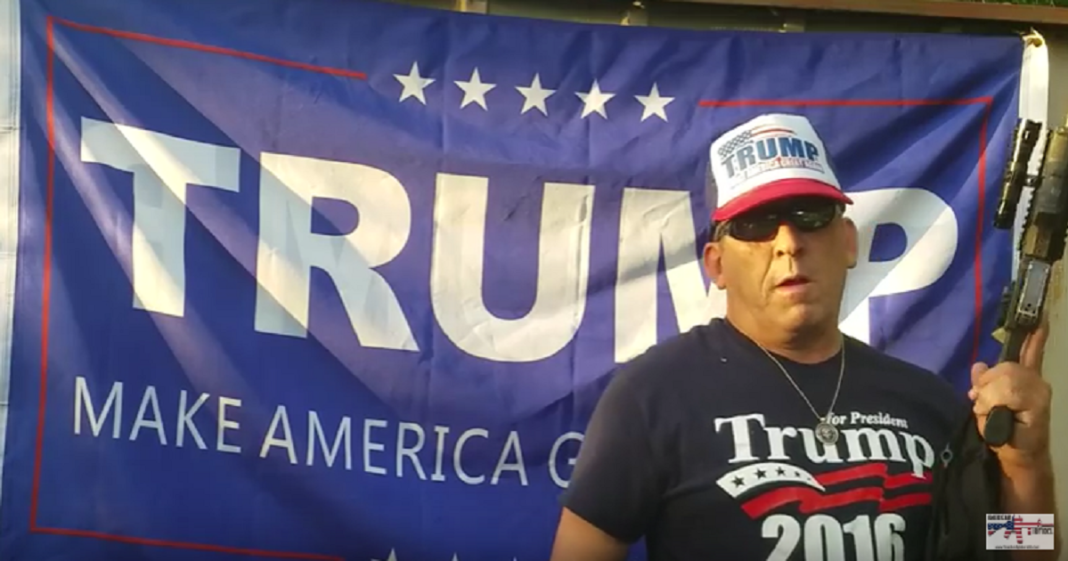 A man named Jim Stachowiak posted an ominous video this weekend in which he called on veterans, patriots, and “lone wolf patriots” to assemble outside of the Cleveland Republican National Convention in July to murder any protesters who oppose Trump – particularly those protesters who are black.

In the video, the man wears a Trump shirt and hat and he paces back and forth as he stutters out his call to action while hefting a gun.

The man also says that Black Lives Matter advocates for the mass slaughter of all white Americans and that they bomb nurseries – completely unsubstantiated claims.

“We should answer the call with our Second Amendment. Yes, I’m encouraging patriots to come prepared to defend this nation against a domestic terrorist organization supported by the terrorist in the White House, Obama…Come prepared, because this may spark another revolution. It won’t be decided if that spark turns into a bonfire by we who love liberty, for we will defend, not attack. We won’t act, but we will react.”

I really hope that the FBI takes a look into this video and the mentally inept mouth-breather who posted it as he is much more of a threat to myself and those I love than Muslims or immigrants or any other group that Republicans use as fearmongers.