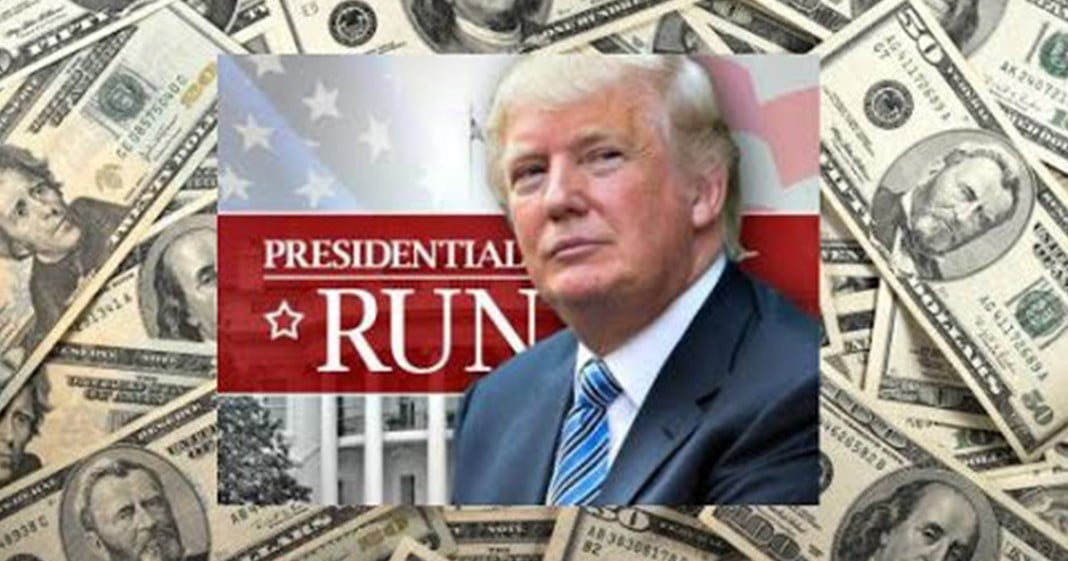 On Monday evening, a bombshell broke in the political community when Donald Trump’s FEC filings for the month of May were released to the public as required, and what they revealed was astounding.

The records showed that the Trump campaign headed into the month of June with only $1.3 million on hand, nowhere near the sum necessary to propel a presidential campaign for an entire month or more.

It is a staggeringly small number for a candidate who once boasted about self-funding his candidacy and claims to be a billionaire (but we won’t believe it until we see those tax returns). In fact, the tiny sum is much more akin to a lightly competitive house seat or a safe senate position, not a presidential election.

In comparison, the Clinton campaign headed into June with $42 million and no sign of the fundraising slowing down. Clinton’s SuperPAC Priorities USA even had their biggest month in May, raising 11 million for the Clinton camp.

In addition to the pennies in the coffer, the Trump campaign’s filings also revealed some bizarre practices. For one, some of Trump’s largest donors came from Trump-branded companies like Trump Hotel and Trump Cafe.

Additionally, the Trump campaign show a payment to Mar-A-Lago, Trump’s home in Southern Florida, which he apparently charged his own campaign to rent.

Finally, the FEC filings show that the Trump campaign has Donald J. Trump on the payroll, giving him a regular $2,000 for his role in his own campaign.

For a man who has built his success on convincing people that he is a great businessman, Trump seems to be failing miserably at upholding that image. Where he goes from here is anyone’s guess.