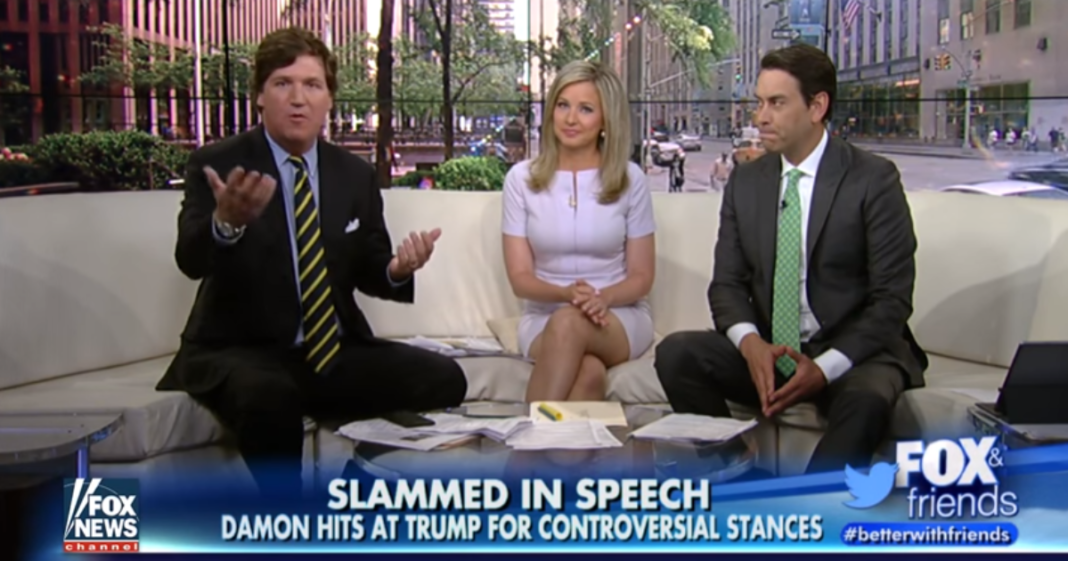 In Fox News’ never-ending crusade to uphold the most ridiculous Republican values, the network has been talking non-stop about the evil liberal agenda to take away citizens’ guns, despite the fact that Democrats have agreed to basic, common-sense regulations in the wake of the Orlando shooting.

In order to prevent viewers from considering coming around on issues like an assault weapons ban or universal background checks, the Fox News crew have had to make more and more insane arguments.

Beloved dimwit Tucker Carlson make the asinine argument that banning any sort of guns is useless because a determined terrorist can just fashion themselves a good old crock pot bomb like the Boston bombers did.

“This is an attempt to control and disarm the population. And they’re using terror as a pretext to do it. And they should just admit that.”

“Well, a crock pot caused those killings at the Boston Marathon. I think we need to regulate those or ban them. There’s no reason you should be able to buy a crock pot at Walmart ever again.”