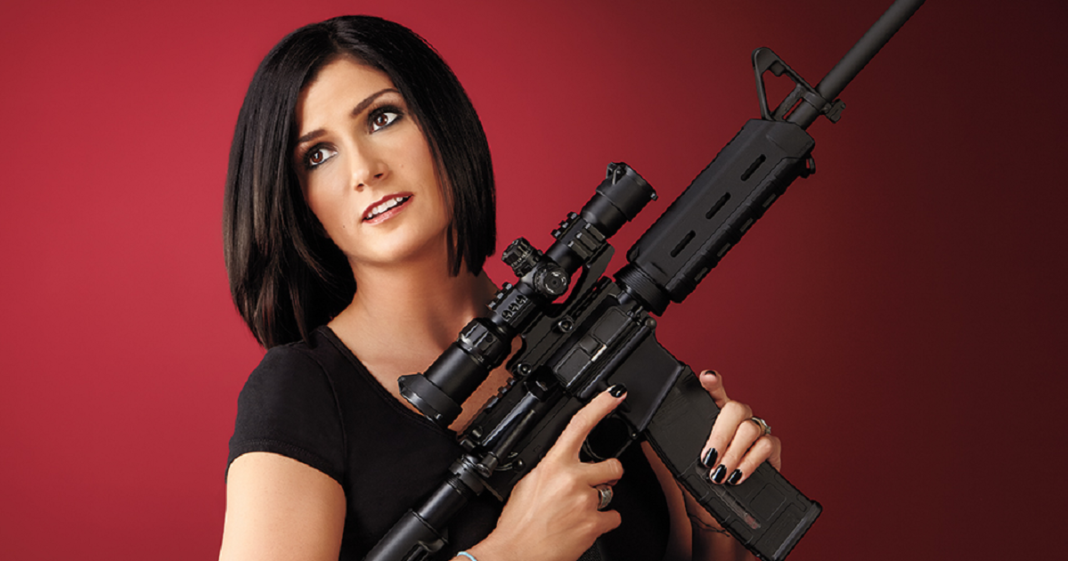 In the wake of the tragic Orlando shooting, we’ve heard every political ‘take’ imaginable, but we knew we could always rely on wacky old Fox News to give us a new angle no one could have imagined.

Enter: Fox‘s Dana Loesch with a hot take about how banning the AR-15 equates to a “war on women.”

Loesch, who has written the book about clinging to one’s guns to the bitter end, argued not only is the AR-15 virtually harmless, but it’s more often a gun that women, rather than men, own.

Therefore, according to this NRA devotee, banning the AR-15, the gun used in multiple mass shootings (by men!) is a war on women.

“Women, this is a war on women, because the AR-15 is the most popular rifle with women.

Y’know, for a party who really loves to criticize Hillary for her use of the “women card,” Republican Loesch is more than content to throw that loaded term around.