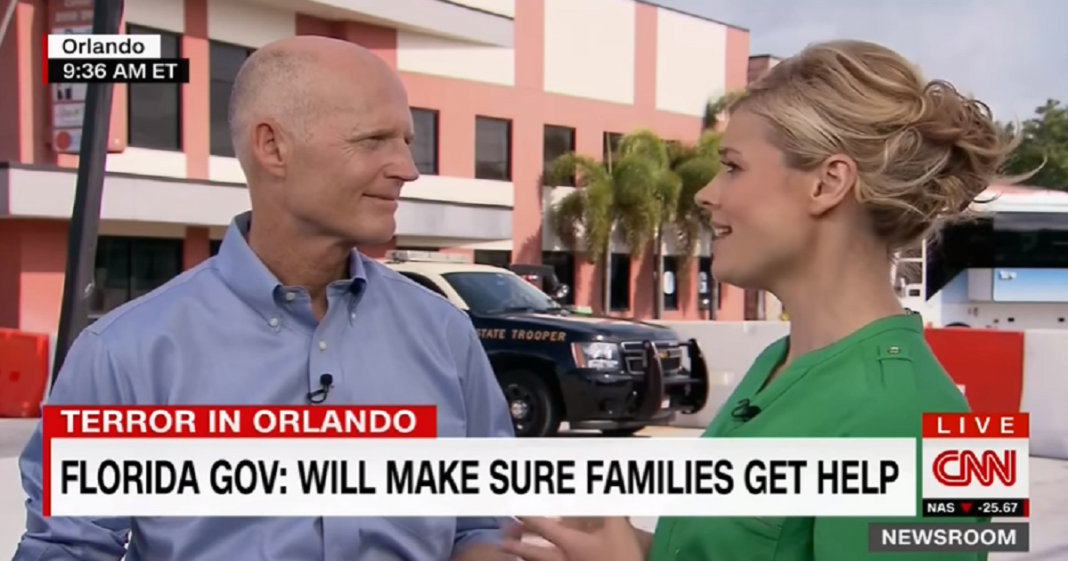 One good thing to come from the Orlando shooting has been what appears to be a small step up in journalistic integrity for CNN from reporters like Anderson Cooper. You can sense that their search for honesty and justice from elected officials is a bit personal now, so their search for the truth is a big more dogged and a bit less polite.

What this means for regular viewers nationwide is that they’re given a rare treat: real journalism.

A bit of this happened earlier this week when creepy Florida Governor Rick Scott was pressed by CNN host Pamela Brown to answer whether or not he felt he held a bit of responsibility for the death of 49 at the Pulse nightclub.

As some outlets have shown this week, it is incredibly easy in Florida and many other states to quickly and legally obtain an AR-15 rifle capable of sending out dozens of rounds of bullets without even needing to reload.

Being the governor, Scott could have easily taken steps to make this process more difficult for people like the Orlando shooter. But of course, Scott wasn’t having any of that guilt and repeatedly denied that the laws were any of his doing, and that the deaths were any bit his fault.

“We all can agree that we shouldn’t, we don’t want someone like that to be walking around with any weapons. The 2nd Amendment didn’t kill anybody.”

In order to really drive home the point about it totally not being his fault, Scott began to invoke ISIS.