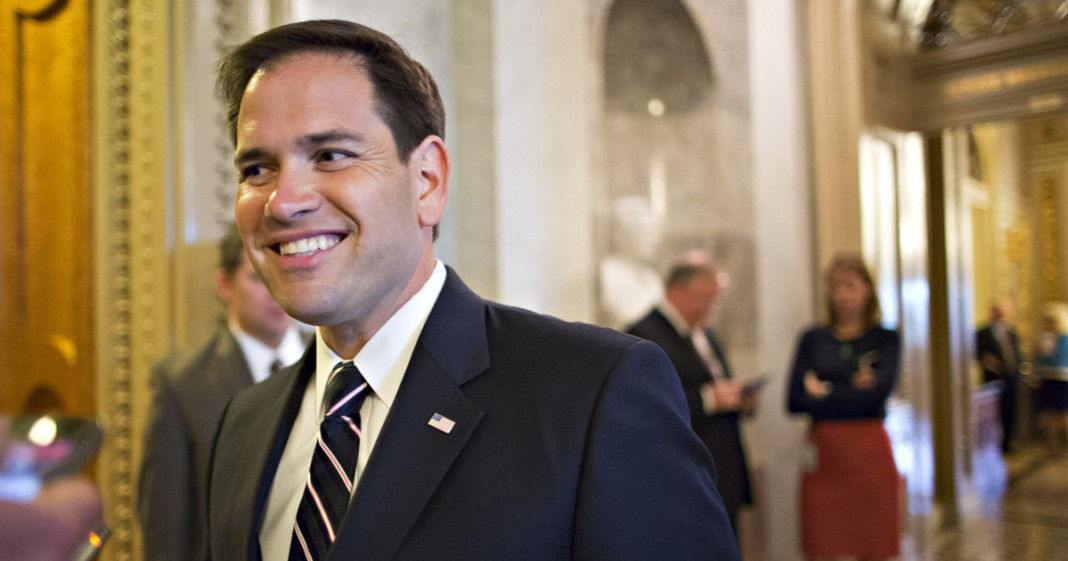 When Marco Rubio made his exit from the 2016 Republican primary, he told everyone that his only plans going forward were to be a private citizen by January of 2017 – no senate run, no governorship, nothing.

But did anyone really buy that?

Now, the political rumor mill is swirling with whispers that Rubio is already going back on his previous promise and will be re-taking his Senate seat after all.

While rumors often carry no power, this particular rumor had the power of making Republican Senate candidate David Jolly drop out of the race in time to pursue reelection for his congressional spot.

Jolly was the one who told CNN about the rumors as an explanation for why he was changing his November goals so easily.

This leaves the race wide open on the Republican side for Rubio to hop back in when he’s ready to admit to himself that he just can’t quit politics (though he may wish he could).

Whether or not Rubio would win re-election is a large question mark yet, as his rise to prominence came at the height of the tea party movement. Now that it appears the Republican party is being ruled by low-information Trump supporters, Rubio’s brand of politics may no longer be welcome.