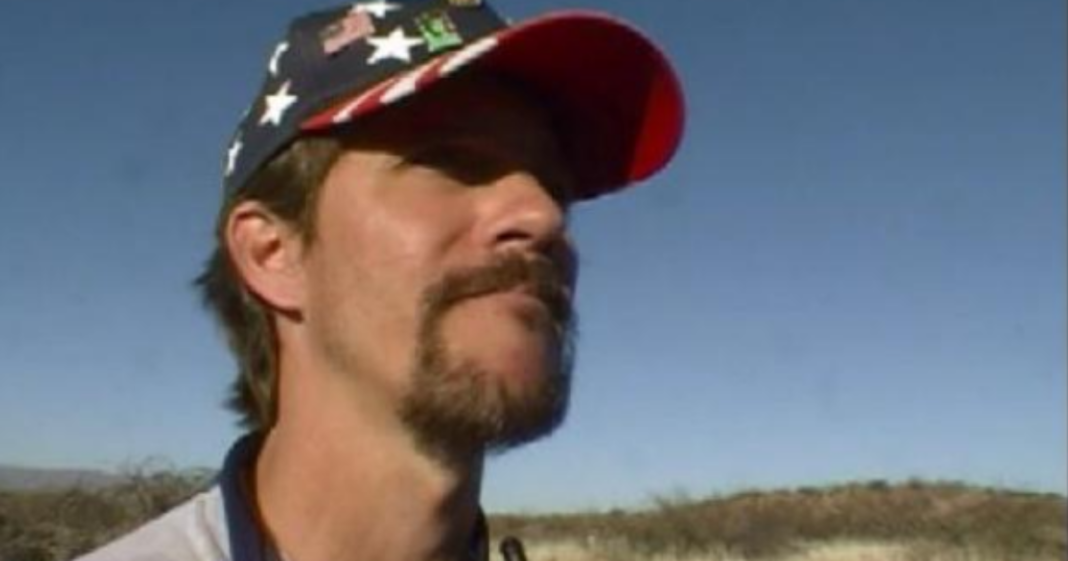 Once upon a time in the years when America was even more terrified of terrorism than it is now (yes, the early 2000’s), one anti-immigration firebrand found a cozy place in corporate media by sharing how he spread his hatred and bigotry far and wide.

Chris Simcox appeared on tv and radio shows in the early 2000’s to speak about his vigilante border-patrol group the Minuteman Project. Republicans loved him because he was everything they wished they could be – I mean, the guy was routinely blocking big bad illegal immigrants from infiltrating precious American soil all while helping to create the narrative of nefarious and dangerous immigrants.

Which is why it is such sweet, sweet irony to hear that the man Republicans championed and paraded for so long to help keep America safe from invaders was convicted last week of two counts of child molestation and a charge of giving pornographic material to a minor.

The case against Simcox was a dirty one, with all three of his daughters alleging that he had molested them. The jury aquitted Simcox of the accusations by his daughters, but he was convicted of molesting a young child who lived in his neighborhood.

Simcox was initially offered a plea deal for his crimes and if accepted, he would have served 10 years in prison. He rejected the deal and elected instead to go to trial, saying that he wanted to represent himself in court.

The wait was long and arduous for everyone involved as the courts went back and forth on whether or not Simcox would be able to represent himself as it would have meant that he would be cross-examining the victims of his sexual crimes which would be a cruel and unusual thing to put the traumatized children through.

In the end, Simcox was found guilty of the two counts of molestation and one count of misconduct. His sentencing is scheduled for July 5 where the court will decide what his sentence will be – he faces anywhere from 17 to 37 years in prison.

Isn’t it funny that the man who was lauded for keeping bad people out of America was himself a lower than dirt sexual deviant who traumatized his own children and innocent other children?

Thankfully, he will no longer be able to terrorize innocent refugees or innocent children.