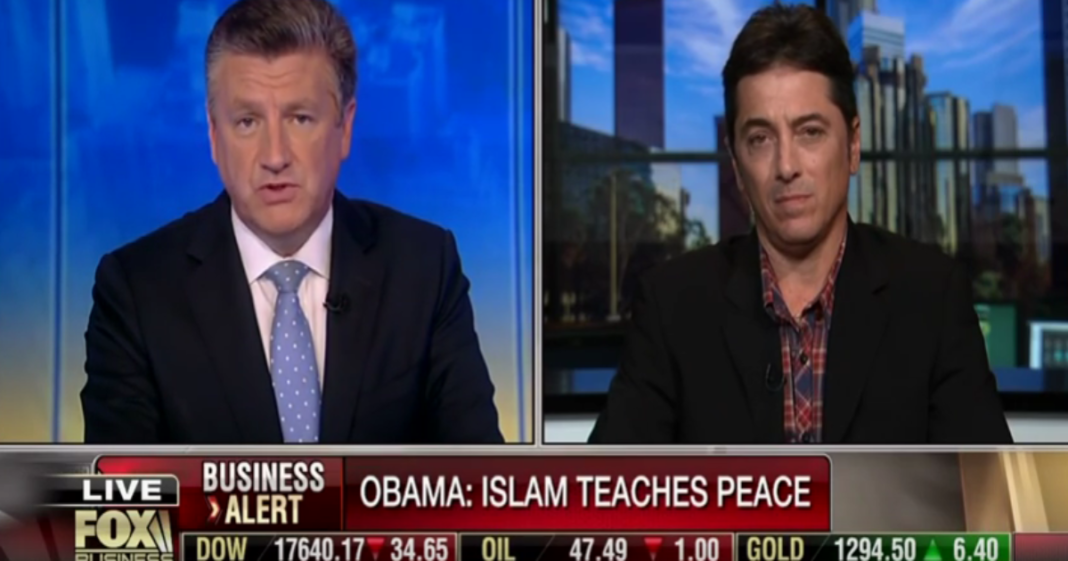 Does anyone else feel like we’re living in 2008 again?

On Wednesday, a has-been actor revived a has-been racist theory that President Obama is secretly a Muslim. 80’s sitcom star Scott Baio said that the president is either a Muslim or “a Muslim sympathizer” who Baio says he suspects is intent on eliminated the United States.

When Baio continued his attack, it became a bit more clear why he was implicating the president so strongly; he and other Republicans want to exploit the close political ties between Obama and Hillary Clinton in order to sway voters.

“Like I said, either he’s a sympathizer, a Muslim sympathizer or he’s a Muslim. To allow this to keep happening. Listen, these Muslim terrorists, radical Islamic terrorists, are saying they’re gonna kill us. They’re saying they’re gonna kill us and then they kill us and it’s still not enough for this president and Hillary Clinton to get serious about it and do something about it.

Donald Trump is the only guy, Lester, that wants to handle it and tackle it head on.”

Why are we letting nobody idiots on network television again? Oh yeah, because it’s Fox News.