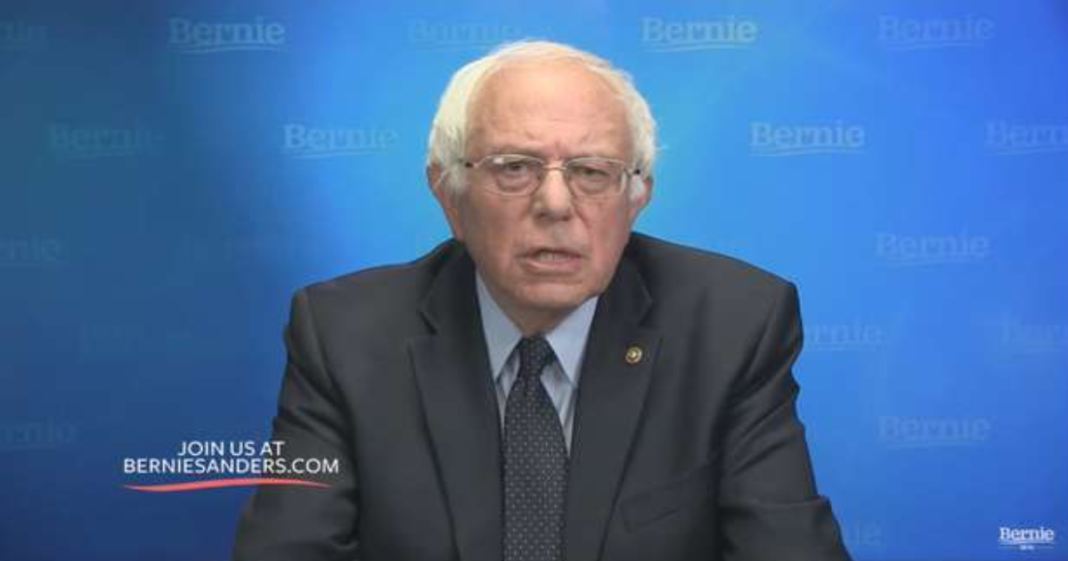 Though many expected Senator Bernie Sanders’ address to supporters via online broadcast on Thursday to feature a certain concession announcement, the presidential candidate said that he would not be setting aside his campaign just yet and planned to fight on to the convention in July.

Though Sanders didn’t drop out, the language of his address to supporters had an air of a new, more grand version of the “revolution” he so often cited.

Sanders urged his supporters to become intimately involved in the revolution by running for public office at every level, helping to spread the progressive ideals of the Sanders campaign in offices across the country.

“Election days come and go. But political and social revolutions that attempt to transform our society never end.”

Sanders also focused on the most pressing element of instituting progressive ideas: keeping Trump the hell away from the White House.

“The major political task that we face in the next five months is to make certain that Donald Trump is defeated and defeated badly. And I personally intend to begin my role in that process in a very short period of time. But defeating Donald Trump cannot be our only goal. We must continue our grassroots efforts to create the America that we know we can become.”