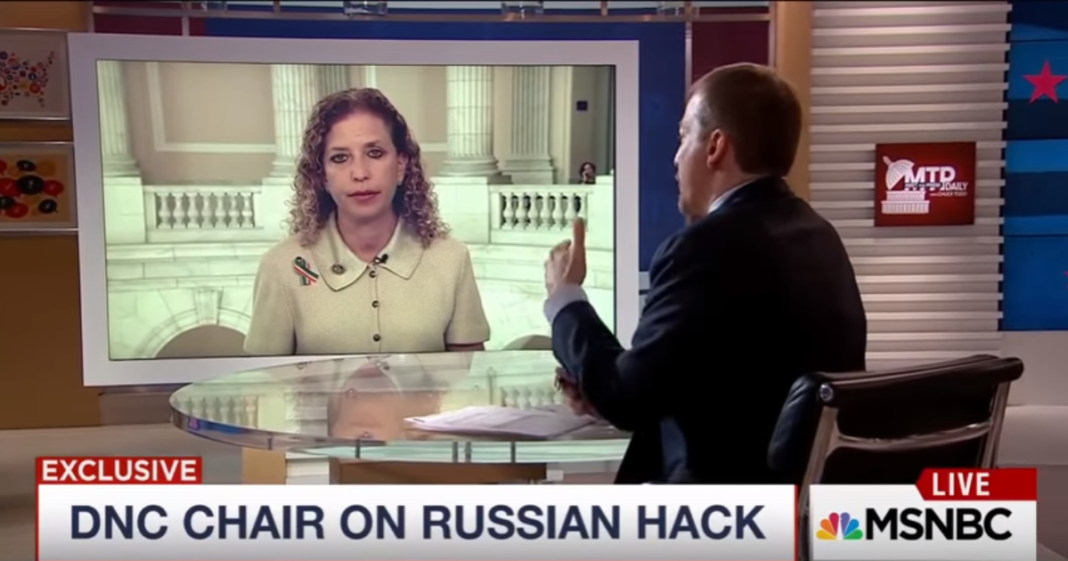 When the news broke about the Russian-hacked DNC database, most of us expected to hear a lengthy apology for the mishandling of important Democratic party information and an explanation for how the breach could have gone undetected or ignored for so long.

What we received instead were some useless platitudes from DNC chair Debbie Wasserman Schultz who expected us all to forgive the party and believe them when they said that the only information the hackers accessed were oppo files on Trump.

Just like most things she does, Wasserman Schultz was content to sweep the facts under the rug in order to try to distract voters from the disastrous Democratic party.

These people, whoever they are, were able to access the database for a YEAR, and yet all this woman can do is celebrate the fact that they were kicked out of the system NOW.

It is incredibly hard to believe that hackers who had access to the system for a full year and could read incoming and outgoing emails as they came and went only got ahold of information on Donald Trump. It just sounds like a whole lot more of Wasserman Schultz trying to deflect and distract.