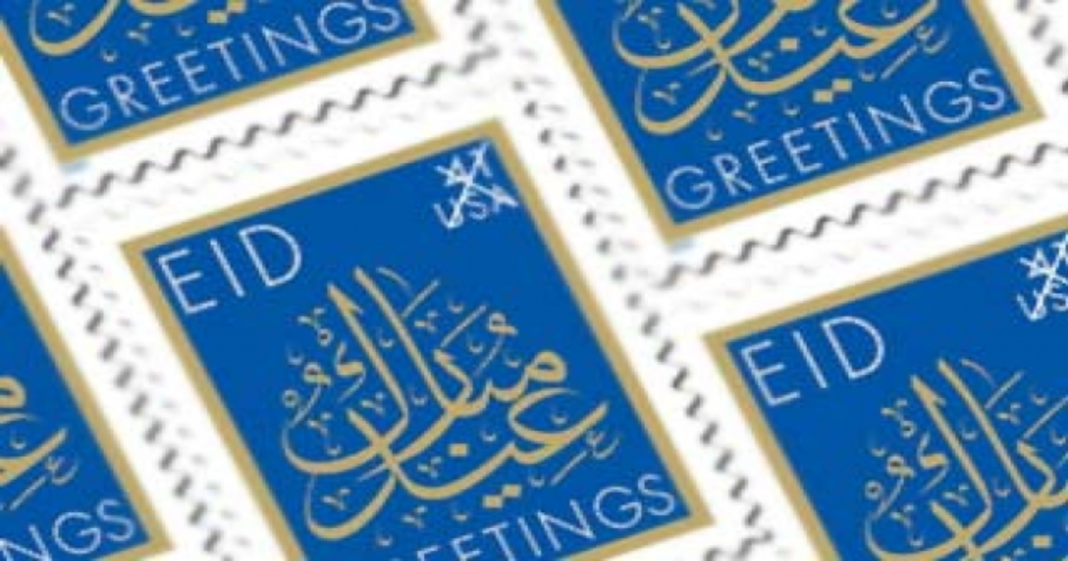 A woman who claims she is a U.S. mail carrier posted in the wake of the Orlando shooting that she fully intends to destroy all mail which bears a Ramadan-honoring stamp.

Facebook user Catherine An Ray shared an article which described the Orlando shooting as an “Orlando Ramadan mass murder” and referred to the stamp as “cultural jihad.” While this is offensive and false, it is what Ray added to the post which has us the most concerned.

“[As] A US Mail Carrier, I can personally assure everyone here that anything with this stamp on it will be lost or destroyed in the system before is makes delivery. Guaranteed. Happy Ramadan.”

Whether she was saying that she herself would “lose” or destroy the mail or if she believed that the culture of the United States Postal System would work together to achieve this discriminatory act is unclear.

For those unaware, it is a federal offense to tamper with, delay, destroy, or steal mail. 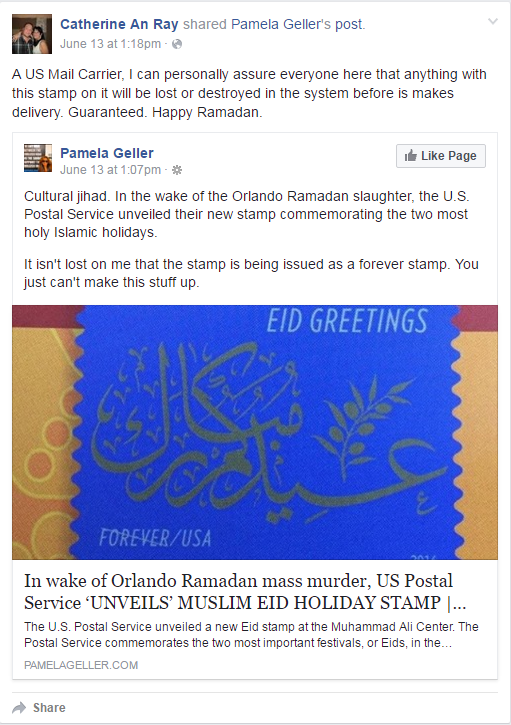 “The Eid stamp commemorates the two most important festivals — or eids — in the Islamic calendar: Eid Al-Fitr and Eid Al-Adha. On these days, Muslims wish each other “Eid mubarak,” the phrase featured in Islamic calligraphy on the stamp. “Eid mubarak” translates literally as “blessed festival,” and can be paraphrased as “May your religious holiday be blessed.” This phrase can be applied to both Eid al-Fitr and Eid al-Adha.”

Regardless of the Sunday shooting, the stamp commemorating Ramadan has been released yearly since at least 2013 and has nothing to do with the tragic death of 50.