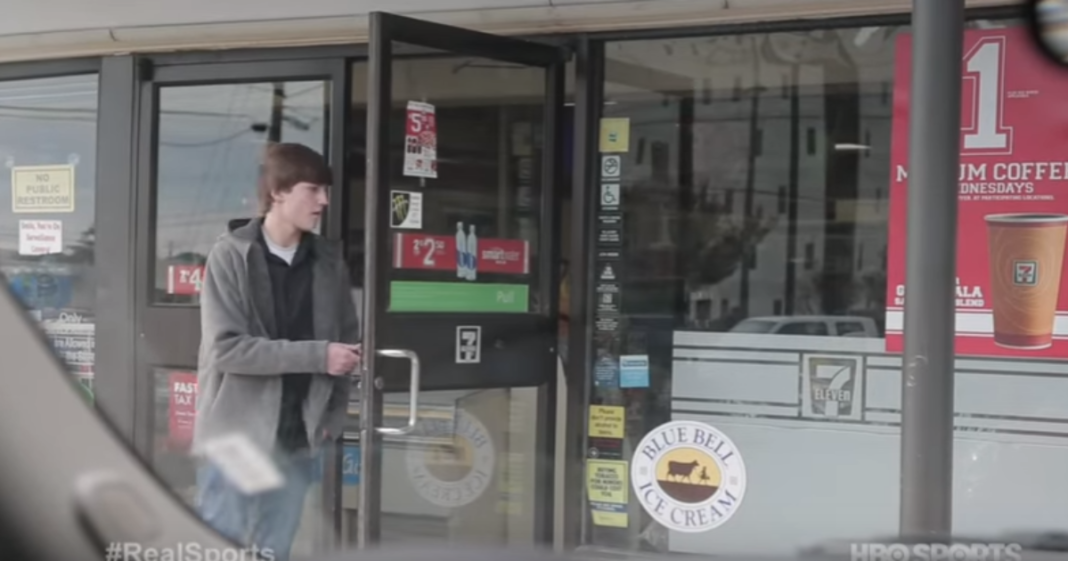 In further investigation into just how simple it is for almost any individual to get their hands on a murder weapon, a 13-year old actor was hired to try to purchase various restricted items – including a gun.

The boy attempted at several venues to buy items which have strict age restrictions – alcohol, tobacco, pornographic magazines, and lottery tickets. At the various gas stations and adult stores the kid went to, some laughed at his request and all said “no way,” to selling items that the federal government has deemed to be too dangerous for a child so young.

Then, the boy headed off to a gun show where he found a vendor who would quickly and happily sell the young boy a rifle. Unlike the cashier at the gas station who told him that he couldn’t have a lottery ticket because he was too young, the older gentleman didn’t appear to even ask about the boy’s age.

It’s such a surreal moment it doesn’t seem real, but it really happened. This is the state of America today, where it is impossible for a child to buy a scratch off, but it takes him moments to get his hands on a weapon intended to kill.