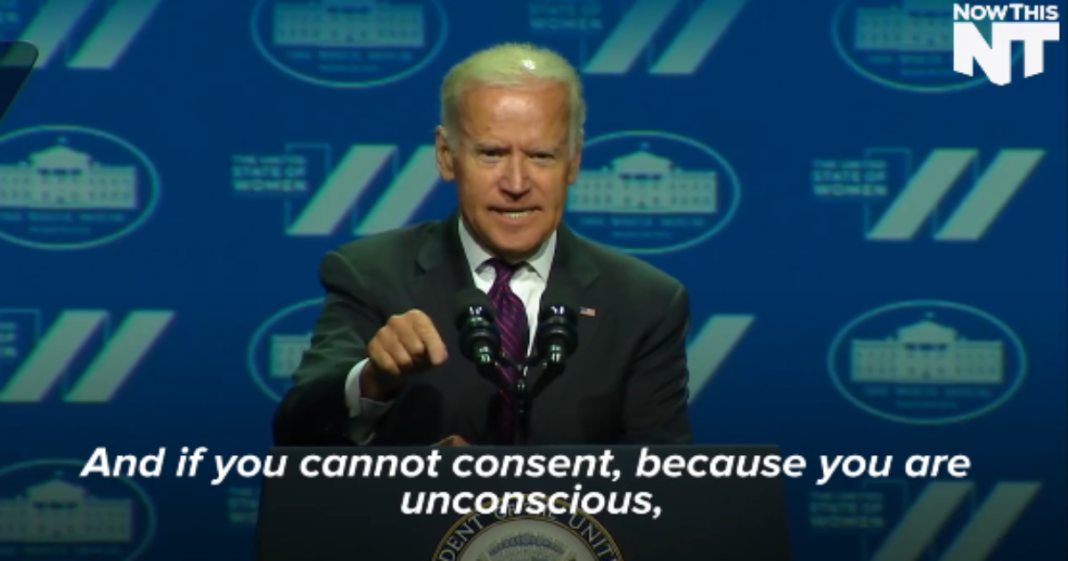 On Tuesday, Biden re-upped his position as cool uncle Joe when he loudly and unequivocally outlined the definition of rape.

When the news first broke of the Stanford rape with the harrowing open letter from his victim making the social media rounds, the vice president issued a heartfelt statement to the anonymous woman that he supported her and that the system had failed her.

During Tuesday’s comments, Biden made it clear to anyone still unsure whether or not the situation of the Stanford rape could have been considered anything else than a violent violation.

“Sex without consent is rape. It is full stop rape. And if you cannot consent because you are unconscious, it is rape! It is rape, period!”

These are lessons our vice president should not have to repeat, but sadly his comments are often rare in many areas of America.

Bringing this issue to the forefront in such a strong, non-ambivalent way can do so much to show survivors that they have support and to hopefully show would-be rapists that their actions would not be allowed to happen without repercussion.