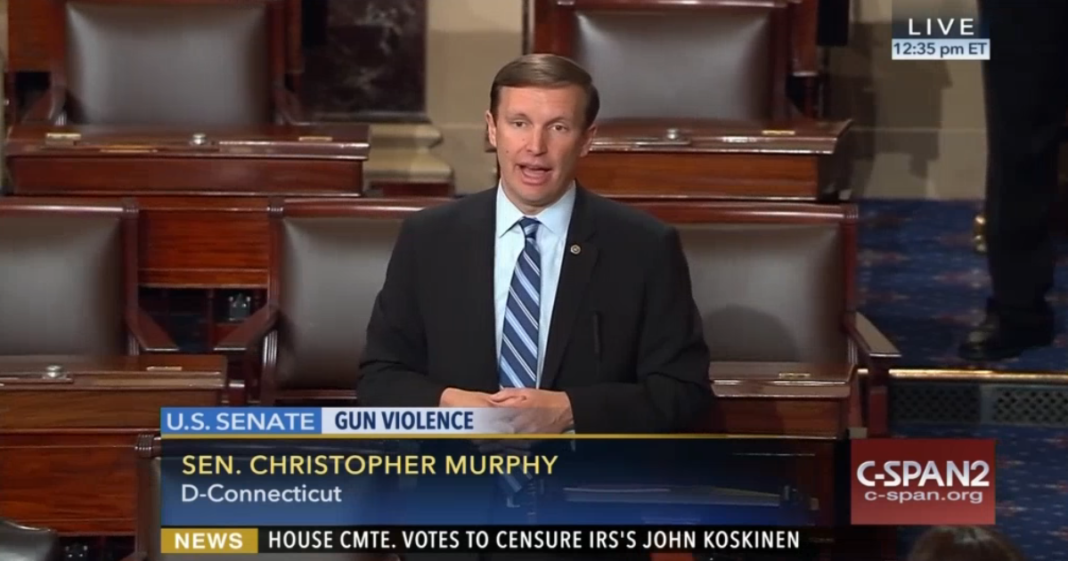 There comes a time in every political life when it’s time to stop playing nice and start filibustering.

For Connecticut Democratic Senator Chris Murphy, that time is now. Murphy announced on his Twitter account on Wednesday morning that he would be taking to the Senate floor and not leaving until he has made his message clear on the need for preventing gun violence.

I am prepared to stand on the Senate floor and talk about the need to prevent gun violence for as long as I can. I’ve had #Enough

Just like the congressman from the same state Jim Himes who announced on Monday that he would no longer participate in government-sponsored moments of silence without action concerning gun violence, Murphy has made this last horrific shooting his final straw in allowing the government to get away with not addressing gun violence and mass shootings in America.