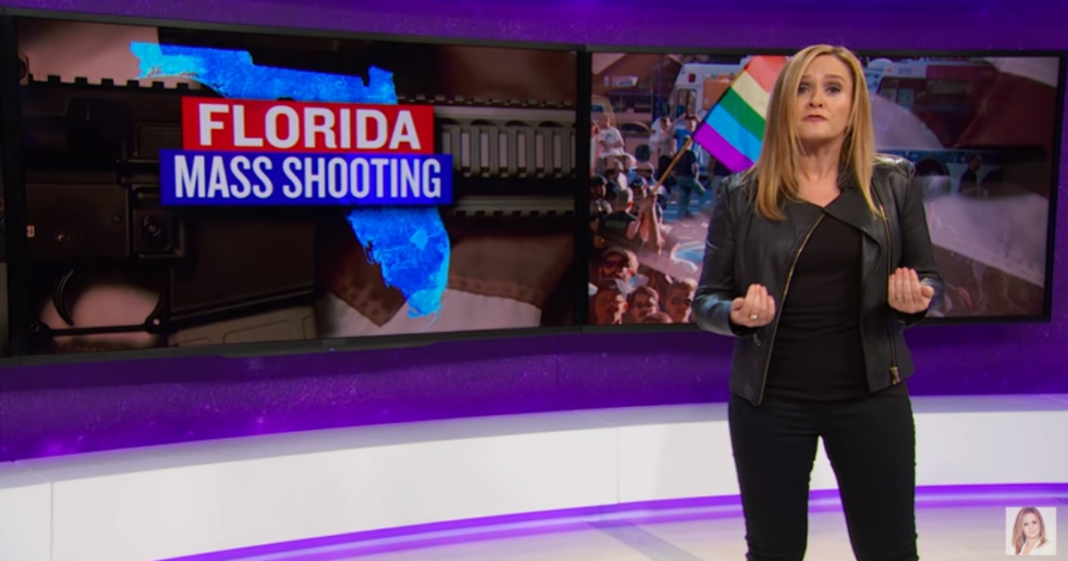 In the wake of Sunday’s tragedy, I was left wondering what will Samantha Bee have to say about this? Like Jon Stewart before her, Bee has become that person we rely on to get to the heart of an issue and bring a comforting levity to what has been hopeless chaos.

But Bee wasn’t here to give her audience baseless platitudes about love conquering all (though there is truth in that), she is angry – no, furious – and something must be done.

“Now, after a massacre, the standard operating procedure is that you stand on stage and deliver some well-meaning words about how we will get through this together. How love wins, how love conquers hate. And that is great, that is beautiful. But you know what? Fuck it! I am too angry for that. Love does not win, unless we start loving each other enough to fix our fucking problems.”

Bee echoes the frustration of so many who beg again and again for common-sense action about gun access. How could a man who was a known abuser who had been investigated by the FBI twice have been able to easily obtain multiple weapons?

No, Republicans, liberals don’t want to take your guns away, we just want to make it harder for people like this murderer to get their hands on guns that can shoot 50 bullets without reloading. Is that too Goddamn much to ask?