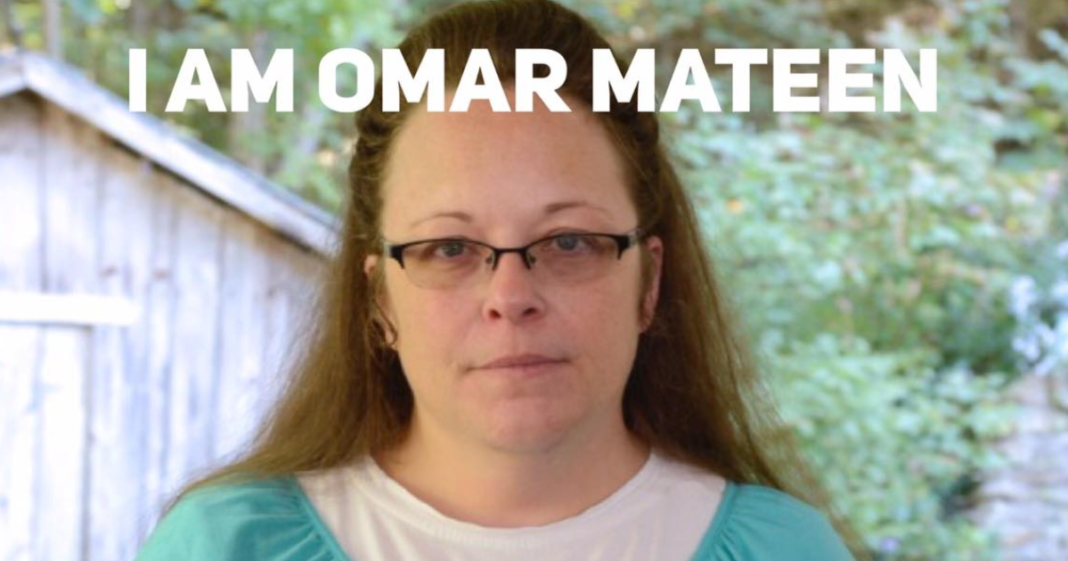 In the wake of the Orlando shooting, with so much speculation about what caused the mass deaths and what could have been done to prevent it, one thing has become clear: Republican lawmakers have actively contributed to America’s massive homophobia issue, all while doing nothing to control easy access to weapons of mass killing like the AR-15.

In response to their implicit role in the violence, Facebook user Michael Sheldon posted a series of photos of GOP lawmakers and public voices with one consistent caption:

I am Omar Mateen

What a powerful way to sum up the complicated ethics of this issue in one poignant series of photos.

Every time a Republican has in the past spoken out against the sin of homosexuality, called love an “abomination,” or supported a pastor who called for the death of LGBT individuals everywhere, they were helping to build the mountain of motivation for the actions of Mateen on Sunday.

Republicans everywhere will use the death of these LGBT Americans for their own political gain, while having never done a single thing for them in life.

Shame on these people. May they always see the blood on their hands.