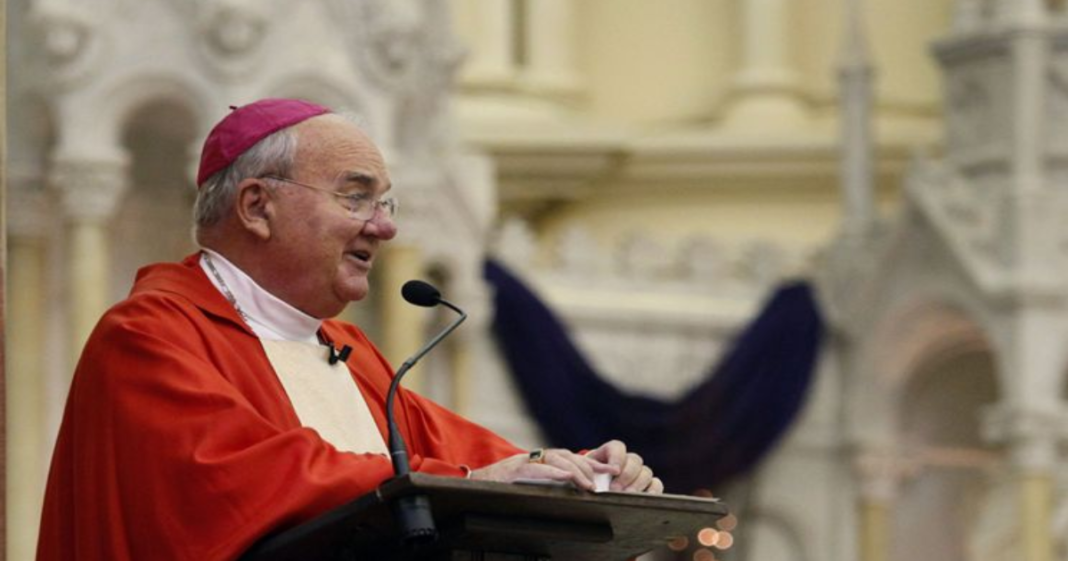 In the aftermath of the Orlando shooting, it has been quite an experience to see individuals attempt to erase the hate-crime aspect of the shooting in order to avoid dealing with their own prejudices and religious-based views on homosexuality.

For many, it is much more convenient to blame the death of 50 in a gay nightclub on extremist Islam rather than looking at our cultural view of homosexuality, particularly in the view of Christianity.

One Floridian Catholic bishop was able to take that long look at himself and his church and realize that much of what many churches teach about homosexuality led indirectly to this act of violence.

Bishop Robert Lynch wrote a heartfelt message about the shootings on his personal blog, with the headline “Orlando, Orlando we love you.”

Lynch showed his support for the LGBT community and said that religious attacks on the community plant “seeds of contempt, then hatred, which can ultimately lead to violence.”

In his letter, Lynch also called for a ban on weapons like the AR-15, saying the founding fathers could have never predicted what sort of murderous weapons would be protected under their humble amendment.

The bishop went on to say that we all come to society with our own religious backgrounds, and that it offends God most when we use our religion to justify our hatred.

“While deranged people do senseless things, all of us observe, judge and act from some kind of religious background. Singling out people for victimization because of their religion, their sexual orientation, their nationality must be offensive to God’s ears. It has to stop also.”

Finally, Lynch said that he fully opposed the proposed ban on Muslims, saying that good and evil live inside all religions.

You can read the full essay here.