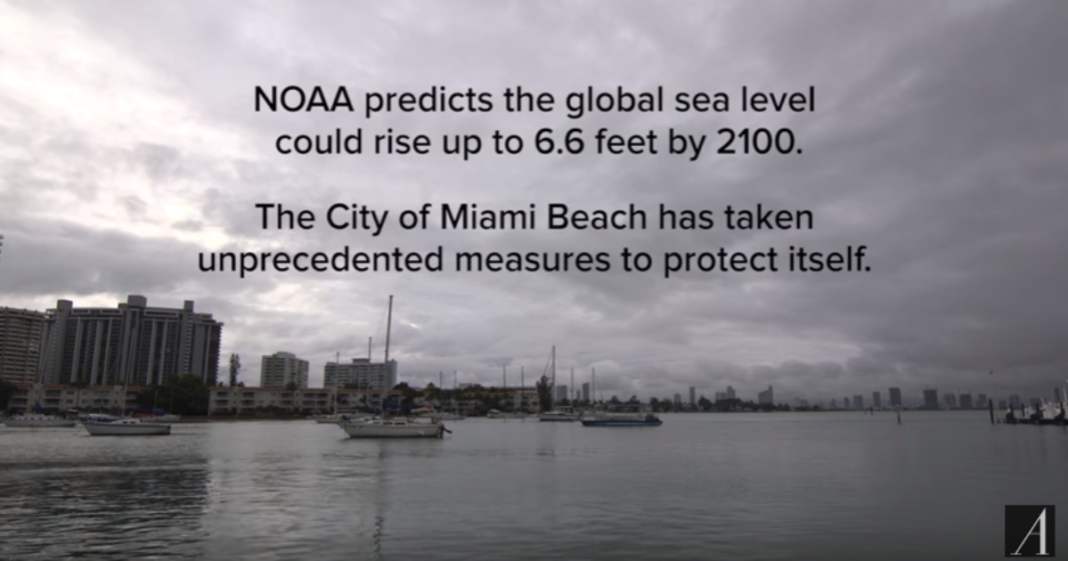 Republican lawmakers nationwide find it politically convenient and consistent with their backward views to deny climate change and global warming, but for some in the U.S. and worldwide, ignoring the changing climate is a luxury of ignorance they aren’t afforded.

Yes, in Miami Beach, residents and government officials must accept climate change because it is creeping up their shores and into homes and businesses. There is no historical precedent for what’s happening, though scientists can tell them where the changes may go in the future.

Authorities are being forced to devise measures to protect the city which is slowly but surely sinking underneath the water. Based on estimates, the sea level is set to rise significantly over the next several decades, with or without significant human intervention to try to turn back the clock. At best, we can expect a consistent two inches rise in sea levels globally; at worst, more like five.

This video from The Atlantic explores the unique challenges faced in Miami and what officials are trying to do to remedy the nearly insurmountable obstacles.