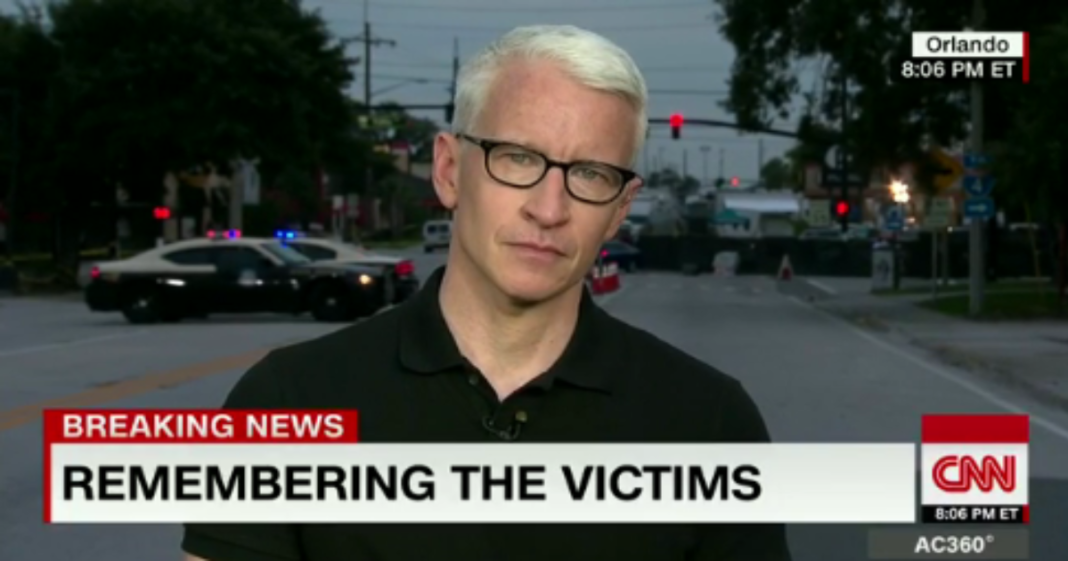 On Monday evening, all but two of the victims in the Orlando shooting had been identified and had their names released for remembrance and honor.

CNN‘s Anderson Cooper dedicated an entire segment of live prime-time air to reading off the names of the deceased, along with their photo, when available.

Cooper’s voice was full of heartbreak and emotion as he read name after name, pausing on intimate details about the victims’ personalities. When Cooper arrived at a young woman who died on Sunday at the young age of 18, his voice faltered and broke.

We can criticize corporate media for legitimate reasons all day long, but moments like this show the humanity of the suits who stand before us nightly telling us about murders and rapes and robberies with a straight face.

In this moment, Cooper wasn’t just a reporter or a journalist, he was a heartbroken human who felt, completely, the loss of those lives.