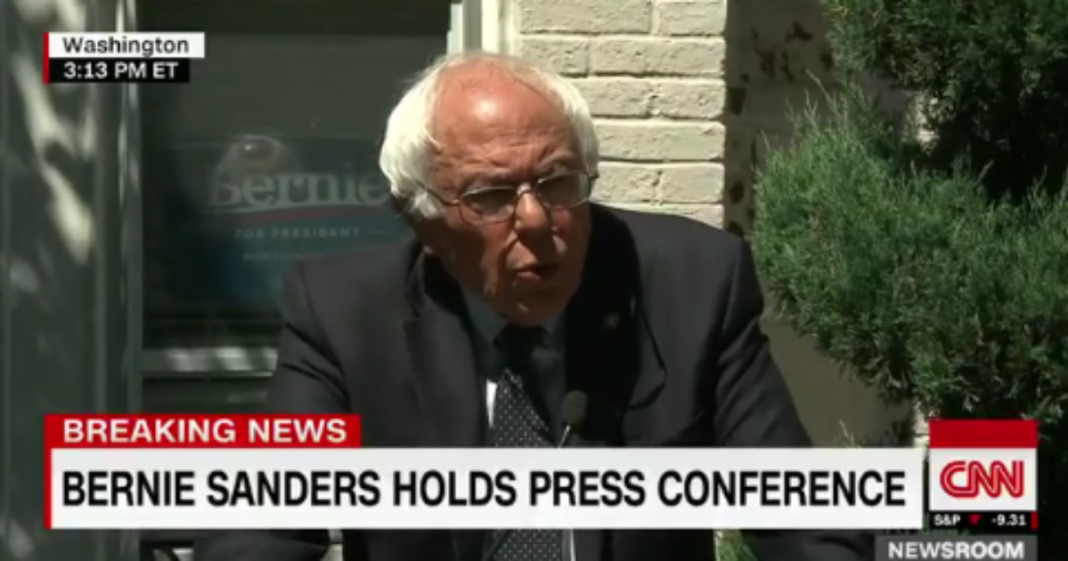 On Tuesday afternoon, presidential candidate Bernie Sanders made an official statement on the attack in Orlando on Sunday. Once he had addressed the most pressing issues, the Senator then laid out several key points in his evaluation for how the Democratic party can succeed in November and create a stronger and more cohesive platform.

“The time is long overdue for a fundamental transformation of the Democratic Party.”

Along with many of the usual talking-points one has come to expect from the Senator, he made a specific call for a change in the party that will have many cheering.

Senator Sanders said that the party should abolish the practice of Superdelegates, turn closed primaries into open ones, and most importantly, remove and replace the DNC leadership.

With many clamoring over Debbie Wasserman Schultz to be removed from the party and her seat of too much power, hearing the Senator make the call is encouraging. As we expect the Senator to make an appearance at the Democratic convention in July, this may be one change to the party he will be focused on getting through.

Sanders: “The time is long overdue for a fundamental transformation of the Democratic Party” https://t.co/LCXxG39tAd https://t.co/ATH5a4X8O7