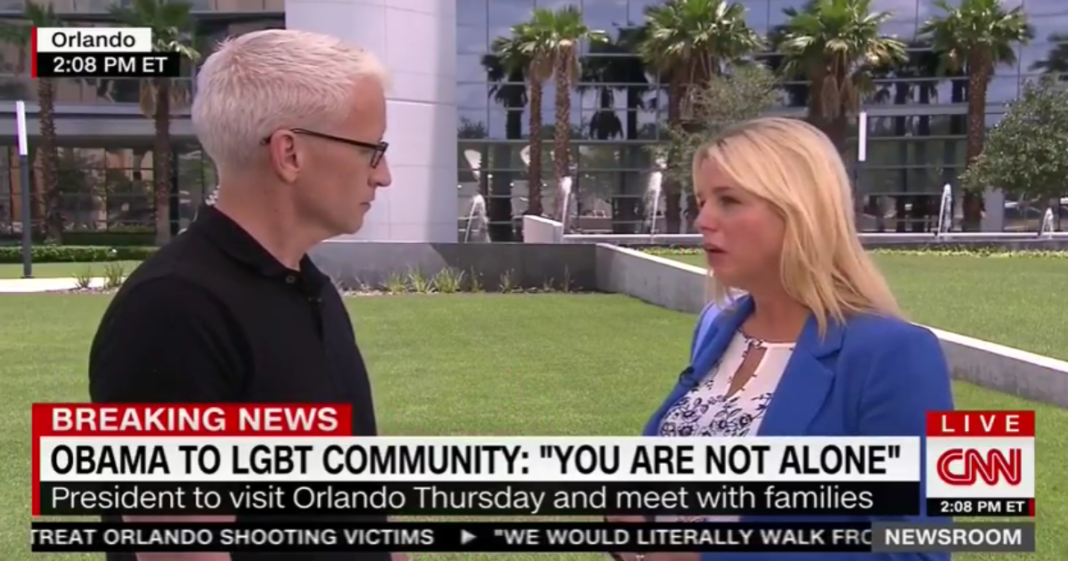 During an interview with Florida Attorney General Pam Bondi, CNN‘s Anderson Cooper did not make it easy for the woman concerning her flip-flopping politics around the LGBT community in the wake of the Orlando shooting.

Cooper, who had just spent the previous day’s broadcast tearfully listing the name of each murdered innocent one by one, pausing to calm his voice and shed a tear, was clearly not buying the crocodile tears coming from Bondi concerning the tragedy in her state.

Cooper called Bondi’s anti-gay political moves one by one, leaving Bondi stammering to try and spin it in a more positive light. This was no soft-ball interview, Cooper was clearly going for blood.

“I saw you the other day saying that anyone who attacks the LGBT community – our LGBT community – you said, will be gone after with the full extent of the law. I talked to a lot of gay and lesbian people here yesterday who are not fans of yours and say you are being a hypocrite. That you, for years, have fought – you basically have gone after gay people in court. You said gay people, simply by fighting for marriage equality, were doing harm to the people of Florida. To induce public harm, I believe was the term you used in court. Do you really think you’re a champion of the gay community?”

In honor of all of the LGBT erasure and exploitation this week and every week before, please enjoy this beautiful moment in which a bigot is called on her B.S.