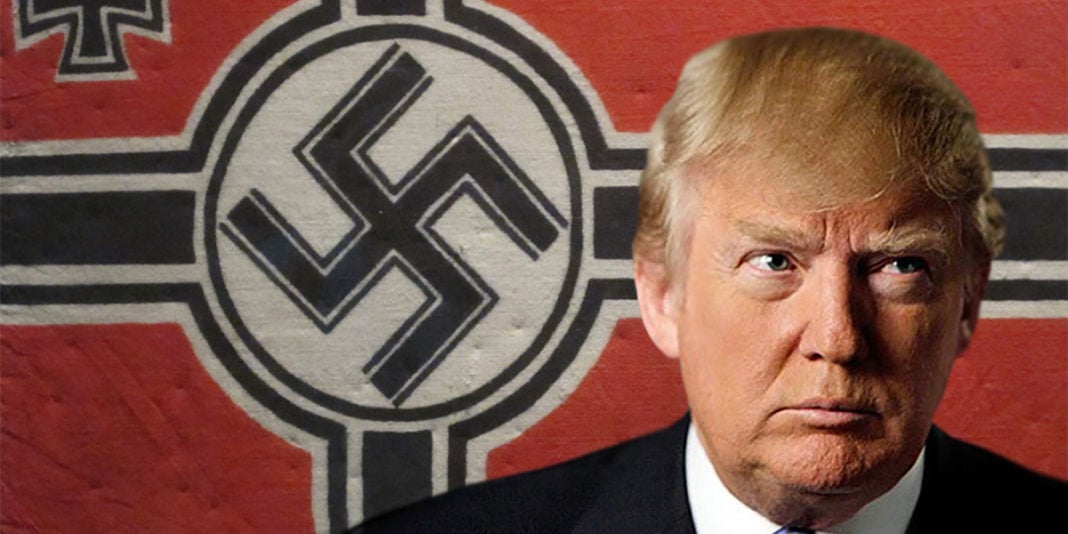 Trump used to keep a copy of Hitler’s speeches by his bed, not the bible.

Last April, perhaps in a surge of Czech nationalism, Ivana Trump told her lawyer Michael Kennedy that from time to time her husband reads a book of Hitler’s collected speeches, My New Order, which he keeps in a cabinet by his bed. Kennedy now guards a copy of My New Order in a closet at his office, as if it were a grenade. Hitler’s speeches, from his earliest days up through the Phony War of 1939, reveals his extraordinary ability as a master propagandist.

“Did your cousin John give you the Hitler speeches?” I asked Trump.

Trump hesitated. “Who told you that?”

“Actually, it was my friend Marty Davis from Paramount who gave me a copy of Mein Kampf, and he’s a Jew. (“I did give him a book about Hitler,” Marty Davis said. “But it was My New Order, Hitler’s speeches, not Mein Kampf. I thought he would find it interesting. I am his friend, but I’m not Jewish.”)

Later, Trump returned to this subject. “If I had these speeches, and I am not saying that I do, I would never read them.”

Trump’s fascination with Hitler is just one form of his racist actions. In 1991, John O’Donnell, a former Trump associate, wrote an exposé entitled Trumped! The Inside Story of the Real Donald Trump. During O’Donnell’s tenure as president of the Trump Plaza Hotel, Trump told him that he hates “black guys counting my money!” He added that “the only kind of people I want counting my money are short guys that wear yarmulkes every day.” To Trump, “laziness is a trait in blacks.” Several years later, Trump didn’t bother to deny it: “The stuff O’Donnell wrote about me is probably true.”

To read more about Trump’s history of racism, click Staggering History of Trump’s Attacks on African-Americans: including DOJ suing him for Discrimination.