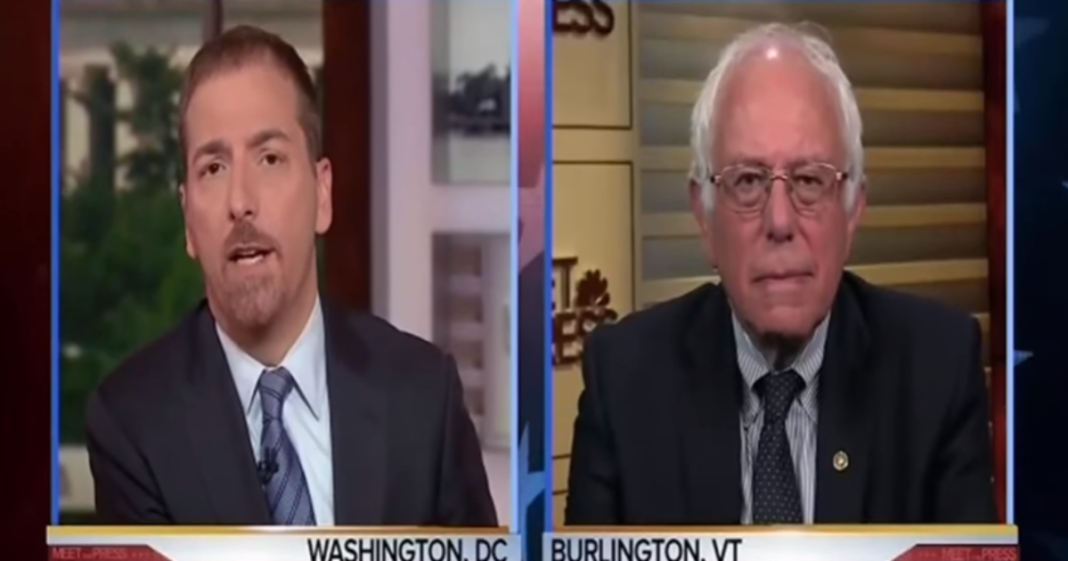 Early on Sunday morning when the information on the Orlando shooting was just rolling in, Senator Bernie Sanders made an appearance on “Meet the Press” with Chuck Todd to discuss the tragedy and offer up possible solutions.

Rather than conducting a proper interview, Todd tried to put the burden of politicizing the shooting on the Senator’s shoulders by asking him if it is proper to bring up issues of terrorism and gun control on the day when so many died.

“Do you think we can ever have a conversation where we have the terrorism conversation and the gun conversation, where it can have this without without trying to politicize one version of events over the other?”

Sanders seemed unbothered by the implication of Todd’s statement and went on making his strong point about high-power weapons.

“It’s horrific. It’s unthinkable, and just hopes go out to those who were shot that they can recover, and I’ve got to tell you for twenty-five years now, I’ve believed that we should not be selling automatic weapons which are designed to kill people, and we’ve got to do everything we can on top of that to make sure that guns do not fall into the hands of people who should not have them. Criminals and people who are mentally ill, so that struggle continues.”