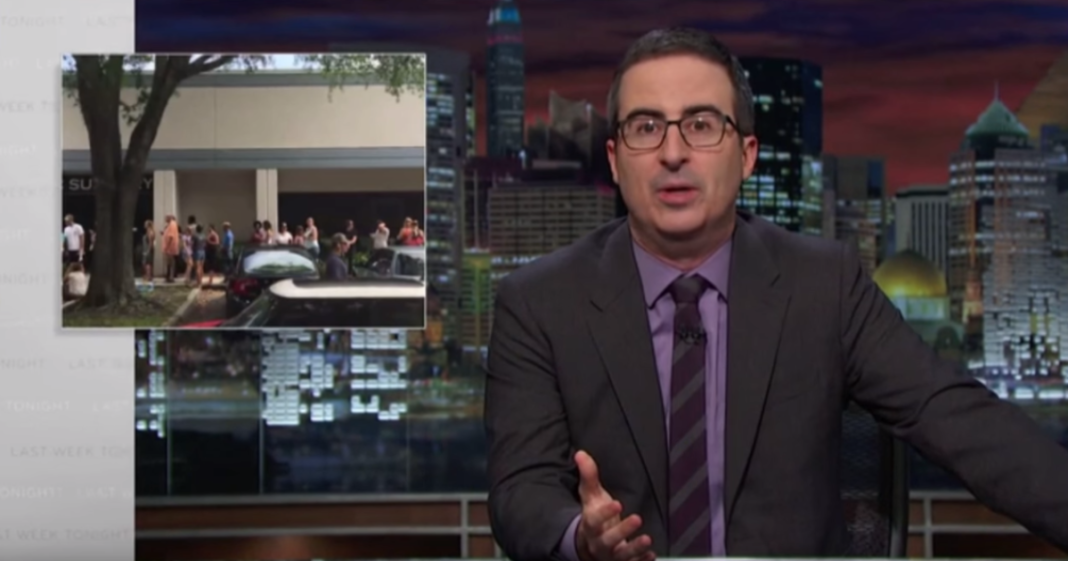 Like his comedic predecessor Jon Stewart, John Oliver understands intimately the close relationship between comedy and tragedy and knows just how to meld the two in order to soothe national wounds over tragedies like the one that occurred early Sunday morning in Orlando.

On Sunday evening’s “Last Week Tonight,” Oliver offered up a touching tribute to the victims of the Orlando massacre, the largest mass-shooting in American history and the largest terrorist attack since 9/11.

“As I’m sure you know by now, at least 50 people were killed by a gunman at a gay nightclub in what is being described as a terrorist attack. Look it’s still early and details are still emerging and right now — this just hurts.

But Oliver didn’t just highlight the worst, but also looked to the best by focusing on the massive lines of people waiting to give blood outside of donation centers in the hot Orlando sun.

“It kind of reminds you that that terrorist dipshit is vastly outnumbered.”