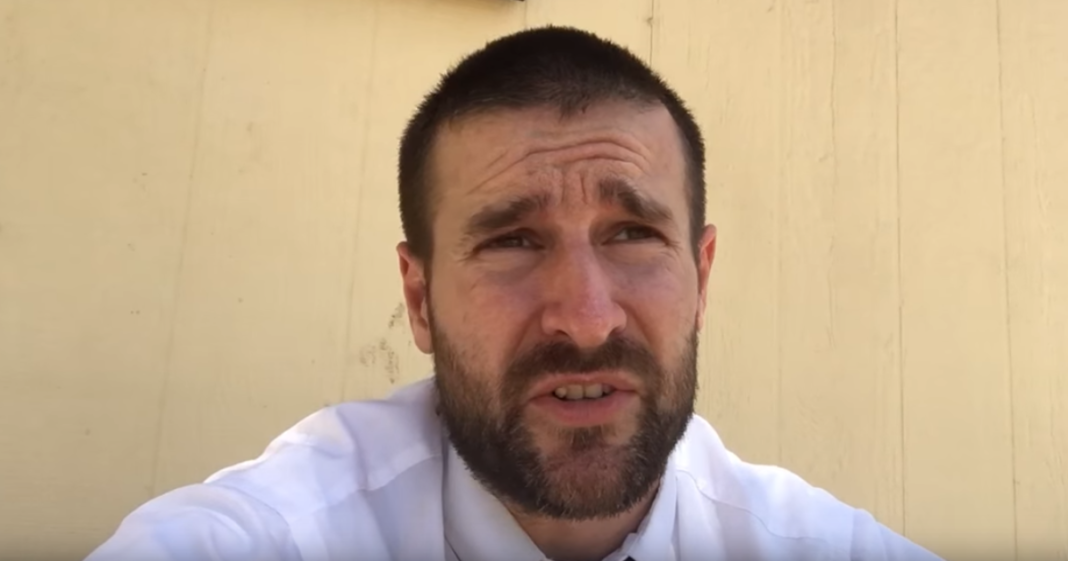 This guy is just the worst of the worst.

Mere hours after the Orlando shooting on Sunday, while dozens of bodies still lay inside the nightclub where they were slain, this hateful man who calls himself a leader of a church celebrated the deaths of what he called “disgusting perverts.”

‘Pastor’ Steven L Anderson was proud to make this video on Sunday, telling his faithful 4,192 subscribers that while he was glad the sinners were dead, he was not happy that the shooting would be used by some to attempt to input gun control measures to prevent acts like this in the future.

The man says that he personally would never shoot up a gay bar but says that according to the bible, the man who killed 50 did the right thing in the eyes of God.

This man bemoans the fact that people like himself would be partly to blame, but then goes on to wholeheartedly support the murderers actions.

There is absolutely blood on the hands of men like this. You simply cannot say again and again that people who are homosexuals deserve death and then put your hands up when someone mass-murders that same group and pretend like you aren’t to blame.

This is a disgusting person and everyone should know about his hatred.